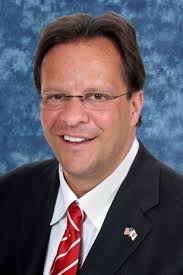 Tom Crean is heading into the most important year of his tenure at IU, just like every next year is.

[Editor’s note: This is an odd time to opine about the future of Tom Crean at Indiana, but their are only so many days that I can write twice or more about the Indiana Pacers and Donald Sterling.  I assume readers might be a little Donald Sterling fatigued themselves.]

Like it or not, we are in the midst of an era where immediate gratification in collegiate athletics is all that matters, and forgiveness comes in short supply.

When a basketball program like Indiana University’s has expectations driven by the five National Championship banners hanging in Assembly Hall, and is paying its coach more than $3-million per year to run a top performing program, judgment comes quickly – and in bulk.

At the point Tom Crean came to Bloomington to right the wrongs caused by Kelvin Sampson’s arrogant indifference to NCAA rules and Indiana University’s heritage of doing things right that took decades to build, he was allowed great latitude to build as he saw fit without fans and boosters sweating the immediate results.

That honeymoon period has officially ended.  Fans want production.  They want wins.  They want banners, and not the kind that come with a trip to the Sweet 16 or an NIT Championship.

Whether that demand is reasonable isn’t the issue (the word ‘reasonable’ is not often associated with its fans).  Nor is whether athletic director Fred Glass shares the fans’ need for wins and titles, or is willing to see Indiana simply adhere to the rules, achieve perfect 1,000 APRs, and graduate players.

Athletic directors rarely back coaches to their own detriment, and if the mediocrity represented by Indiana’s 17-15 record and absence of an invitation to either the NCAA or NIT continues for another year without a change in coach, the angst and impatience fans feel for Crean will begin to migrate to Glass.

As ridiculous as it would be for Indiana fans to see Glass through a negative lens, it is human nature for passionate people to continue up the ladder of blame until they receive the level of redress they seek.

Crean’s seat is warm and the temperature is not going to decrease without wins against teams more formidable that Chicago State, Samford, and North Florida.  Another 7-11 record in the Big Ten with only one scholarship currently available for the 2015-2016 freshman class is going to be, in the words of Val Kilmer as Doc Holiday in Tombstone, “More than he can bear.”

A decided lack of size might not be so good.  Hanner Mosquera-Perea has played 338 minutes in his career, Peter Jurkin has played 18 – not per game, but total in his two-year career.  Incoming freshmen Jeremiah April and Tim Priller appear to be projects.  That’s not so good.

Let’s address and dispense with some of the less logical criticisms of Crean:

He can’t develop big men – Fans point to players like Cody Zeller and Noah Vonleh leaving as evidence that Crean can’t get the most out of big men when their being drafted early is evidence of the contrary.  It would be ridiculous to give 100% of the credit to Crean for Zeller and Vonleh being so coveted by the NBA, but no more ludicrous than grading him down because of it.

Player arrests for charges show lack of control – No one is going to stop college students who want to drink from drinking.  It’s what they do.  The stupidity of two underage celebrities trying to get into to a bar on Little 500 weekend when excise cops are everywhere is a crime against logic, but nothing more.  As for Mosquera-Perea’s DUI, the two-game suspension was far too light.  Unlike Ferrell and Robinson’s transgressions, DUI is not a victimless crime.

Crean doesn’t know basketball – This is just bananas.  Basketball is far too simple a game for a guy who has made a handsome living coaching it for 20 years not to possess an understanding of it.  You may not agree with his in-game adjustments, but that does not equate to a lack of understanding – at least not from Crean.

Tranfers show players are disgruntled – Players have transferred in ever increasing numbers from every program in the country, and which of this year’s would you grouse about.  Austin Etherington has earned his degree from IU and wants to play close to home.  Truth be told, Etherington saw a logjam in the backcourt and knows minutes will be difficult to come by.  Great kid, earned his degree, wants to play more.  I applaud the decision, and don’t hold it against Crean.  Jeremy Hollowell is off to Georgia State, which is a win-win.  Indiana gets a scholarship back from a recruiting error it made, and Hollowell gets to play against lesser players and coaches with a better chance at success.  The two I am not crazy about are walk-ons Jonny Marlin and Joe Fagan.  Walk-ons play for the love of the game, and if they leave, it means they stopped loving it.  The effect their departure has during games will be negligible, but from the outside looking in, it’s a little troubling.

Kenny Johnson leaving will kill recruiting – Nothing against Johnson, but where is the evidence that he was a boon to recruiting.  Sure, Indiana netted some east coast guys for whom it might not have been in the game otherwise, but if east coast success comes at the expense of maintaining a foothold in Indiana, that’s not a step in the right direction.  If Johnson being seen as essential equates to Indiana’s admission of difficulty in locking down players like Gary Harris, Zak Irvin, Trey Lyles, and Trevon Bluiett – that is an issue.  Indiana cannot hang banners without winning in-state recruiting battles.

The Tom Crean Era at Indiana has had some good and some not so good.  Those clamoring for his dismissal are ignoring a lot of positives, and those showing unabashed support are blind to some negatives.  The scales are relatively close to balanced right now.

If Indiana resumes winning at the Notre Dame level – 20-22 wins and a bid to the NCAA Tourney – a step in the right direction should be acknowledged and rewarded with more time (not another premature extension with huge buyouts).  Another 7-11 Big Ten record, and Glass will have to be proactive in assessing who might be available and enthusiastic about relocating to Bloomington before making a call on the end of Crean’s tenure.