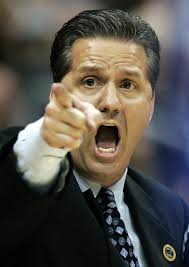 John Calipari will be in Lexington next season, unless someone offers him north of $60 million over the next seven years.

Anyone who buys what Kentucky Basketball coach John Calipari has sold for years about his tremendous love for his current employee is a sap.  That’s been true from his first day at the school, and will continue to be true until he leaves.

Adrian Wojnarowski of Yahoo Sports reported this morning that Calipari and Cleveland Cavaliers owner Dan Gilbert were deep into negotiations to bring him in as the coach and president prior to his signing a new contract to remain at Kentucky that will pay him $52.5 million over the next seven years.

I don’t begrudge Calipari’s desire for extreme compensation.  There’s nothing inherently corrupt about wealth.  Creating value for an employer is a positive, and if he had accepted the $60M from Gilbert, he would have been well within his rights to do that.

Just don’t feed me this load of crap about his deep love for Big Blue Nation.  Let’s assume for the sake of logic that Kentucky didn’t shred Calipari’s previous deal and offer to pay him an average of $7.5M per because they suffered from a crisis of conscience.  It’s a virtual certainty that Calipari came to UK with the offer from Cleveland, and said, “Fellas, I have been offered serious cake for jumping, and unless you up your game, I’m a ghost.”

What Calipari certainly did not say was, “I listened politely as Cleveland offered me a ton of bread to run their franchise, but I love Lexington and Big Blue Nation far too much to leave.”

Of course, at some point, Calipari is going to leave Kentucky unless the university continues to pony up at more and more ridiculous levels.  He loved UMass until the New Jersey Nets rolled up a Brink’s truck.  He loved Memphis until Kentucky went all in to rebuild the basketball program virtually ruined by Billy Gillespie.  And he’s love Kentucky until they can no longer feed Calipari’s unquenchable thirst for more and more money.

Click here for beautiful and healthy teeth crafted by the best dentist in Indiana – Dr. Mike O’Neil at Today’s Dentistry

If Wojnarowski’s numbers are accurate, he will stay at Kentucky for slightly less money than the seven year, $60 million Gilbert came up with.  If that conveys to Kentucky fans an amount of affection for the university, fine.  If that helps the knuckleheaded dim bulbs south the the Ohio River continue to embrace Calipari the coach as opposed to embracing him as a corporation, have at it.

But make no mistake, Calipari’s love is for the color green, not blue.

11 thoughts on “John Calipari’s love is not for #BBN and the color blue; it’s for green as in cash”