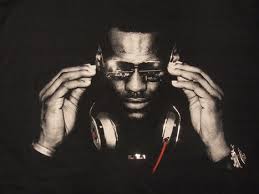 LeBron James is paid almost three times as much as an endorser as he is for playing basketball. That’s what drives his inability to make a decision as a free agent.

The media has no choice but to cover every breath, step, and twitch related to LeBron James’ free agency.  The only alternative is to discuss baseball, and nothing sends ESPN viewers into comas like talk without end about the nation’s pastime.

LeBron James knows it as well as executives at ESPN do, and he will drag this supposedly dramatic mess out through next week, because next Monday thru Thursday sports media doesn’t even have baseball to talk about during the All-Star Break.

The Miami Heat will re-sign the best basketball player in the world sometime during the next couple of weeks, and all of the hubbub will appear to have been for nothing, and appearances won’t be deceiving.

This is a fait accompli from the beginning, but allows LeBron to dominate media cycles for however long he likes.  That is the age in which we live.  Sportscenter is the flagship of the ESPN brand, and they need to provide constant doses of insight, information, and perspective to sports fans who cannot get enough.

ESPN is to sports commentary as Golden Corral is to dining.  There is enough to fill you from open to close, but after gorging yourself, there is always doubt about the quality of what you have ingested.

Sports media consumers are information bulimics who relentlessly binge and purge as they speculate about what’s coming next.  What’s coming is LeBron staying in Miami, but why would he show his hand until he has reduced Brian Windhorst into a babbling wreck of dysfashionable expertise.

Making the mundane interesting is the hallmark of all news media presentations, and the LeBron free agency saga is providing grist for that nonstop mill because LeBron is a really smart guy who sits on the precipice of being included in the Mt. Rushmore of basketball.  Fame is a big part of becoming a member of that club, and with every Sportscenter LeBron creeps just a little bit closer to the ethereal plane of all-timers.

That doesn’t take into account the cash available to those whose images become iconic.  When the platform exists for a guy like LeBron to insert himself into the lead story throughout the offseason, why pass on that opportunity – especially when it requires no more effort than to go on vacation and let the media create their own fantastical stories.

Exploiting the media is a victimless crime as consumers are willing accomplices, and if it causes a spike in the going rate from LeBron to appear in more awkward commercials, who’s the worse for it?

It speaks to our level of boredom and inability to focus on what it important that the free agency of LeBron causes this level of consternation.  Priorities among American sports fans are so completely out of whack that we choose to watch Sportscenters that speculate on LeBron going to Cleveland, Chris Bosh signing with Houston, and Carmelo Anthony going to Chicago when all are ridiculous.

Of course none of the above are going to happen – other than Bosh, whose future is only of more interest than the Indiana Pacers Lance Stephenson because of his carbuncle status on the host body of LeBron.

Speaking of Stephenson, he is likely being driven goofy by the lack of clarity in his own future being caused by the silly hope of the teams with cap room as they pursue LeBron, Carmelo, Bosh, and Pau Gasol.  Those chips need to fall before teams have a specific understanding of the cap room they might be able to use on a lesser free agent like Stephenson.

Click here to call the best dentist in Indiana your own – Dr. Mike O’Neil of Today’s Dentistry

Over the next two weeks, LeBron will decide to stay in Miami, Carmelo will sign with New York, and the rest of the free agent chips will fall into place.  The media will have started to obsess about all things NFL as camps will begin opening two weeks from today when the New York Giants report.

Until then, get ready for more speculative madness.  What the hell else is there to talk about?