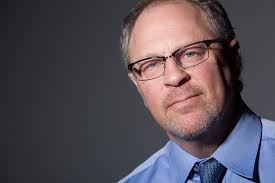 Bob Kravitz leaving the Indianapolis Star is good for everyone – but the Star.

It was inevitable that some media company would throw a lot of cash and security at former Indianapolis Star sports columnist Bob Kravitz for his estimable talent and brand value, and WTHR has more cash than anyone in Indianapolis media, so their decision to go all in on Kravitz makes complete sense.

Then why am I so stunned?

A few years ago when Bob worked at 1070 the Fan and I was the program director, I talked to him about leaving the Indianapolis Star to become a full time member of our team.  I craved a consumer magnet for our digital product, and Bob was (as he remains) the voice of record in Indianapolis sports media.  The conversation never got serious, as Bob would always respond, “It’s an interesting idea, but I’m an ink stained wretch at heart.”

Not today.  Not anymore.  Bob is now a member of the very well-funded team over at WTHR where he will write roughly as often for WTHR.com as he did for the Star, and appear on camera as needed.

Despite his protests to the contrary, Bob is an adroit on-camera and on-mic performer, so this switch to an increased electronic presence makes sense.

The win in media today is creating unique content, and let’s face it, TV sports is not exactly built to compel.  That makes Bob a treasured asset for an operation like WTHR.  They need something edgy for digital, and frankly something unique wouldn’t hurt their TV product either.

Dave Calabro, Rich Nye, and Jason Spells are all very good at what they do, but their job responsibilities don’t include developing and advancing an opinion.  They present information, video highlights, and interviews with players/coaches that can be accessed on plenty of media.

Something different is a positive, and Bob’s voice is different.  He’ll bring an opinion to the mix, and Bob’s opinion is of great value for two reasons – he is the voice of record in Indianapolis sports, and his opinion comes from a place of honesty and deliberation.  He doesn’t simply take a position and defend it like many columnists who insult their readers by haphazardly selecting a take and going through the motions of defending it.

Bob truly believes what he writes and says, and that gives weight to his opinions.

For WTHR, hiring Bob means people now have a reason to visit WTHR.com, and gives them a recognizable asset that is a serious point of differentiation for them as they battle WISH-8, WXIN-59, and WRTV-6 for ratings.

The Star will continue to provide coverage of local teams and beats, but will be bereft of a local voice that starts sports conversations and serves as the personality that drives use.  Replacing Bob will be a serious challenge for an operation that is destined for more and more efficiencies as media consumers continue to find other portals that satisfy their curiosity.

If the newspaper industry is dying by the accumulative damage of thousands of paper cuts, a 14-year veteran voice of reason like Bob leaving the Star is a knee to the groin.

For Bob, he will get the security he covets while not working in a building where almost every conversation starts and ends with speculation on when the next round of staff cuts will be announced.  That kind of environment is corrosive and causes increased stress, and Bob doesn’t enjoy that angst any more than you and I do.  In fact, given his heart attack, I’m guessing dealing with stress is still a work in progress for Bob.

The positive for the Star’s sports department is that it is led by a very capable editor who has made positive changes in the digital product in his short time here.  Ronnie Ramos appears to be a forward thinking manager who has a plan to evolve the product forward while adhering to corporate mandates for efficiency.  It’s a tough gig, but he has shown a knack for getting things right in a tough situation.

What resources Ramos deploys to try to replace the content and brand they lost when Bob walked out the door will go a long way toward defining his era of leadership.

Bob leaving the Star for WTHR was stunning, but the evolution of media will continue and accelerate.  More changes are coming.  Lot’s more changes.