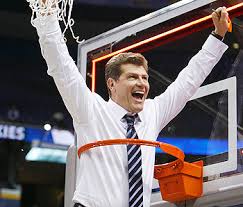 Geno Auriemma might be the most successful team coach in the history of sports, and the reason why is simple. He’s smarter than his competitors.

UConn women’s basketball coach Geno Auriemma is adept at a lot of things – solid x’s and o’s coach, great brand builder, and as a result a magnificent recruiter – but his greatest talent is manipulating the media into positive coverage for the Huskies.

While the media climbs all over itself to call out the NCAA for its ridiculous response to the complaint that alerted it to Auriemma’s call to Little League World Series star Mo’Ne Davis, Auriemma and UConn get exactly what it wants – more coverage for the marquee program in college basketball.

I’m not saying that this entire episode – from the moment the call was made to the breathless outage expressed by the media – was concocted by Auriemma as another in a long series of brand building exercises.  No one is that smart.  But Auriemma knew exactly what he was doing when he made the media aware of the anonymous, gutless, and shortsighted complaint.

He pointed to a victim, and defined himself as a victim.  Nice trick for a guy who has won 87% of his games as a head coach.

During his phenomenally successful 30-year career at UConn, the 60-year-old Auriemma has won nine national championships, 19 Big East Championships, and has been the Naismith Coach of the Year six times.  His overall record of 879-133 is incredible, but over the last nine years, he has raised his game to win an incomprehensible 322 of 344 games.

By winning at that rate, Auriemma could retire at the age of 70 with a career record of 1,232-156.  No one who wins at that rate allows the potential for an advantage pass by without a good long embrace.  He squeezes the most out of every opponent’s display of weakness, and ratting UConn out for a (mostly – or at least partially) innocent call to an eighth grader was a weak play.

And because of the way he has handled this idiocy about a two-minute phone call to a 13-year-old, Auriemma is now viewed as a casualty of the bureaucratic clumsiness of the NCAA and the moronic bleating of a jealous coach.

That is called being the smartest guy in the room, and why would the media argue with any of his narrative?  The NCAA is universally loathed by the public for being the arbiter of a laughably ineffective brand of justice that has resulted in rules being scoffed at, ignored, and mocked.  That’s not entirely accurate, but this story certainly illustrates the level of silliness in which the NCAA will indulge to uphold the contact restrictions coaches have made necessary through their absurd pursuit of recruits.

The problem here isn’t the NCAA, but the boob/coward who blew the whistle on Auriemma (he or she is a coward because he or she hid under a cloak of anonymity by asking a conference official to make the call to Indianapolis, and a boob because of course Auriemma was going to have no problem spinning this into a positive).

No one was surprised when Davis declared her love for UConn and hopes to play there for Auriemma, and no one would be surprised if in five years she reports for duty in Storrs as Auriemma’s latest recruiting triumph.  And nobody should be shocked that Auriemma made the call, or milked it being reported for all it’s worth.

Want great looking teeth? Click here to learn about Today’s Dentistry and why Dr. Mike O’Neil is the Geno Auriemma of dentists!

There is a reason Auriemma has been so successful, and his ability to brand UConn as the Rolls Royce of women’s basketball programs is chief among them.  Many of his competitors are bitter and jealous, which only feeds Auriemma’s aura and advantage.

While other coaches are fighting for the services of the talent Auriemma passes on, their petulant whining about petty violations continues to elevate Auriemma and UConn in the eyes of another generation of girls dreaming of playing college basketball.

And the media goes along for the ride because Auriemma is smart enough to make it easy for them.

Instead of bitching and moaning, other coaches should watch and learn from the best.