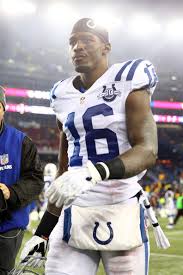 Da’Rick Rogers was a Colts wide receiver for too short a time because he made a series of terrible decisions. Those who think talent is enough make a critical error.

Nothing would give me more pleasure than to yelp and holler about how Indianapolis Colts wide receiver Da’Rick Rogers should be afforded the same latitude to seek treatment that was provided Colts owner Jim Irsay after his operating a motor vehicle while intoxicated arrest, but it would be ridiculous.

Irsay is an owner while Rogers is a marginally important employee.  Unless Irsay fired himself, there is no authority that can bring a consequence down upon Irsay in the same way the Colts did yesterday with Rogers.

Double standards don’t necessarily equate to hypocrisy.  While it is hard to imagine Andrew Luck being irresponsible enough to drink and drive, but to expect the Colts to cut Luck as a result would be nutty.

Rogers has been inactive for all four regular season games this season while Luck has been as valuable to the Colts as any player in the NFL has been to his team.

If you are at the ass end of the roster, keeping your nose clean is job number one in keeping the paychecks rolling in.  Rogers was breathalyzed at over .08 and less than .15 at 3:35 a.m. Monday, and he is now unemployed as a result.

Irsay’s situation is entirely different, and while his irresponsibility has now put the business he owns in the unenviable position of answering questions about the wildly divergent responses to similar offenses, there is no way that Irsay would step down as owner because of a misdemeanor conviction.

On the other hand, being an end of the bench guy who had three positive drug tests at Tennessee put Rogers on very thin ice before he ever signed a contract.

There is a saying that for change to occur, the pain of change must be outweighed by the pain of maintaining the status quo.  Cutting Rogers involved very little in the way of pain for the Colts.  Keeping him would have been for more difficult to explain, and would have opened the Colts up to an even less palatable line of questioning – as in “Do you feel compelled to keep Rogers because Irsay faced a similar charge?  Does this mean that the Colts are required to look the other way for all similar charges?”

The only positive part of this is that Irsay has been suspended by the NFL and was prohibited from having a hand in determining this penalty for Rogers.

It’s sad that Rogers continues to battle demons.  Three positive drug tests and an arrest point to addiction or intractable irresponsibility.  In either case, it is not the responsibility of an employer to shepherd a player through treatment and recovery.  Sometimes the best thing that can happen to a young man prone to making terrible decisions is a severe consequence, and unemployment qualifies.

The bottom can rise up quickly for an employee like Rogers, but those who own can operate in their own little cushioned orb of safety.  It might not be just and it certainly isn’t fair, but there is no hypocrisy involved in the way Colts management determined the level of punishment needed for Rogers.

Click here to make your teeth whiter, cleaner, and painless. Dr. Mike O’Neil is the best, and you should make him your dentist.

How could general manager Ryan Grigson and coach Chuck Pagano be hypocrites if they had no say at all in the disposition of Irsay’s consequence?

Who’s to say that if Grigson and Pagano had their way, maybe Irsay would have suffered the same fate as Rogers.

Because Rogers and Irsay are likely battling the same demon doesn’t mean their treatment should be identical.  Life is never that fair, and justice never that consistent.