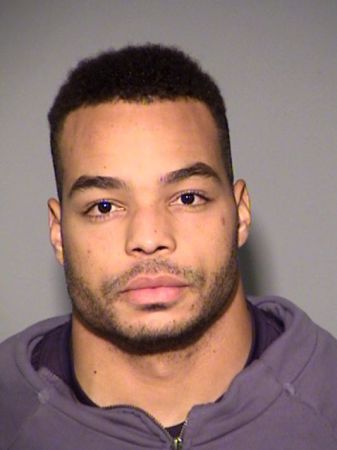 One bad decision can change lives, and so can our response to it. So it is with the allegations of rape against Colts LB Josh McNary.

The uplifting story about West Point grad and former soldier Josh McNary building a post military career in the NFL is over.  The final chapter was written yesterday as McNary was charged with Level 3 felony rape, Level 5 felony criminal confinement, and Class A misdemeanor battery resulting in bodily injury.

Only “rape” and “McNary” matter.  The rest are filler.

The Colts will certainly move McNary to the list created by the NFL that serves to remove players from rosters who batter women while the criminal proceedings are conducted, and that will be that.  His NFL career is over.

Twelve peers are going to answer the question of McNary’s guilt, but the story as narrated by the probable cause affidavit filed in Marion County Superior Criminal Court 3 paints a familiar picture.  Drunk strangers meet, dance, close bar, head to apartment, lapses of consciousness occur, woman says no, man refuses to listen, evidence is gathered, charges are filed.

Two lives were changed forever because of what happened early in the morning on December 1st, and the media is filled with reports that perpetuate an image of NFL players doing whatever the hell they want with a feeling of abject invincibility.

The Colts talk a lot about pillar guys, and McNary might have been a wonderful human being during every second of his life until the alleged victim said “NO!”  None of what came before matters.  Good deeds in bulk are rendered meaningless by one horrific act, and if the charges against McNary reflect reality, this qualifies. If convicted, McNary won’t be known as “Colts linebacker Josh McNary,” or “West Point graduate Josh McNary.”  He will be “Rapist Josh McNary.”  That’s how important it is to listen when someone says no.

There are a million lessons taught by this incident and others like it – nothing good happens after midnight, always go out with friends, come as a group/go as a group, and alcohol consumed in bulk centurion us into human beings we do not want to be.

The memory of that night will haunt the victim for the rest of her life.  The way she trusts other people will forever be changed.  Her life is as different today from what it was before that night as McNary’s is.

Based upon the way we responded to the news of McNary being charges, we might have learned a little something about ourselves too.  The story broke toward the end of my radio show on CBS Sports 1430, and I learned of it when our intern Daniel slipped me a note that read, “Josh McNary charged with rape.”

I asked on-air who is reporting it because I wanted the source before I related such damning information.  If it was some idiotic fake story that came via Twitter, I’m not saying those words.  My producer Nick said, “The Sportscaster twitter feed.”  I looked at indystar.com, and there it was.

When presented with a piece of news like that on live radio, what comes out of your mouth is generally the first thing that pops into your head, and I’m ashamed of what I said – “Hopefully, this isn’t a distraction for the Colts as they prepare to head for Foxborough and the AFC Championship Game against Patriots.”

There is a place for pragmatism, but it should not be the first response of any human being when learning of an accusation of rape.  Even Colts GM Ryan Grigson and coach Chuck Pagano should take a breath, say a silent prayer for the victim, and then start the process of discussing the team’s response.

Think about your first thought after hearing the report of the charges against McNary, and if it wasn’t empathy for the victim, you and I both have some learning to do.

McNary’s attorney released a statement this morning, “Joshua McNary unhesitatingly denies all accusations made against him. Following the public release of these allegations, Joshua immediately reported to law enforcement officials in a respectful and peaceful manner.  The charges and affidavit publicly disseminated on Wednesday afternoon are not evidence of wrongdoing, but simply one side’s story.”

The Colts released this statement today at 10:06a – “After reviewing the documents supporting the very serious criminal charges filed yesterday afternoon against Josh McNary, the Colts have requested Commissioner Goodell to immediately place Josh on the League’s Commissioner Exemption list. If the request is granted, Josh will not be eligible to practice or attend games with the Club while designated as Commissioner Exempt. That designation will permit the investigation provided by the League’s Personal Conduct Policy to run its course and will afford Josh the opportunity to focus on his defense against the charges. The Colts sincerely hope this extraordinarily serious matter will be resolved expeditiously and that justice will prevail.”