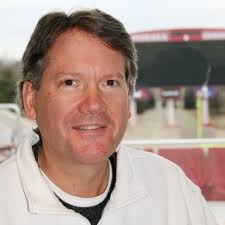 ESPN quoted Indiana University athletic director Fred Glass yesterday in a post that generated a lot of buzz and conjecture about how deeply Glass is committed to Tom Crean as the head coach of the IU Basketball program.

Not so fast my friends, as a former Indiana football coach who learned he had been fired while listening to the radio is fond of saying.

Glass is an attorney by trade, a very smart man, and also a good guy – way too smart and good to hint that Crean will be fired soon after the end of the season in an Andy Katz post.

If I’m Crean reading that Katz post, I would have gone to sleep last night with the stomach ache that precedes imminent termination.  Here’s why.

Nowhere does Glass say that Crean will be back next season.  He had plenty of chances, but never said, “Tom will be back in 2015-2016!”  Many times, the words of an attorney need to be assessed based on what is not said, not what is.  Let’s go through the quotes in the post one by one:

“I’m bullish on Tom. He’s done a really good job with these guys. It’s ridiculous to say that someone is coaching for his job for one game and that it would be up or down in one game.”

Okay, here is another way to say the same thing – I like Tom, but his fate will be determined during a comprehensive postseason evaluation of a full body of work and the potential for success or mediocrity in the future.

“He’s a great coach. He has my full support. I have a great deal of confidence in Tom’s body of work. This team overachieved early and then hit a tough patch.”

All present tense.  No proclamations about the future.  Here’s an alternate version, Tom Crean will remain the coach through the end of the season, at which point I will review his status.  My confidence in Tom as a coach will continue until he is no longer the coach – as is the case with all good boss/employee relationships.

“There is a sense that Tom is only keeping his job because of the buyout,” Glass said. “And while that’s a big number and a significant amount of money, that’s not what is keeping him in the job. I think he needs to be the coach. … I want him to be the coach here.”

“The rise and fortunes of Indiana [athletics] is with Indiana basketball,” Glass said. “Everybody thinks the guy with the clipboard, the next guy, can be better. But starting over is overrated. You can’t be willy-nilly about it.”

Yikes!  This one is where I would get nervous if I was Tom, and with the size of that buyout ($11-$12 million) who wouldn’t want to be Tom?  Here’s the alternative – When Indiana Basketball doesn’t excel, donations dry up.  If we can get the right guy who will excite the fan base enough to write checks, we will replace Tom in a Monroe County minute.

“We have a super, young team,” Glass said. “James Blackmon has hit the freshman wall. I’m really optimistic about this team. Losing Collin Hartman was a big blow, and not having Devin Davis was tough.”

This can be interpreted in a bunch of ways – an honest litany of excuses, a defense that will suffice in explaining Indiana’s mediocrity to potential Crean suitors, or an acknowledgment of mediocrity without throwing the players under the bus.

“We have a chance to win our 20th game and be 10-8 in the Big Ten,” Glass said. “I would take that in a heartbeat at the beginning of the season.”

Uh-oh!  I thought this season might have been much worse is not exactly a ringing endorsement for the leader of a program whose success and failure is so intrinsically tied to the financial health of the university and athletic department.

Don’t be so naive to embrace the Katz interpretation of Glass’s comments.  Fred is way too smart to say what he’s thinking about a coach still in the middle of a season that could still take a dramatic turn – especially to Andy Katz.  If Indiana Basketball fails this season, it will not be because of Glass spouting off to ESPN.

And Glass will never allow himself to be the cause of future malaise and indifference among fans.  That’s when ADs get gassed.

31 thoughts on “Indiana Basketball – If you think Fred Glass lashed himself to hull of the SS Tom Crean, read comments again!”