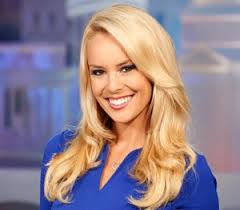 The best of us make people smile when the worst happens. Through the release of a video at a tow yard, we learned ESPN’s Britt McHenry is not among the best of us.

Don’t start with this “We all have our moments” crap in defending ESPN’s Britt McHenry.  Some of us have vented frustrations in stressful times, but what Britt McHenry is shown doing in a video to a tow yard clerk is unforgivably mean because it was executed with such heartless indifference.

Everyone is nice when it’s convenient or prudent.  Our character is defined by who we are when things don’t go our way.  We don’t see McHenry at her worst on the video – we see her unvarnished, unprettified, and unpleasant.

None of us is perfect, and I have had moments of anger when presented with indifferent customer service, but to insult the weight, teeth, and intellect of a woman who is likely a minimum wage clerk showed a viciousness I cannot see past.

McHenry’s apology on Twitter reads, “In an intense and stressful moment, I allowed my emotions to get the best of me and said some insulting and regrettable things. As frustrated as I was, I should always choose to be respectful and take the high road. I am so sorry for my actions and will learn from this mistake.”

Watch this video and tell me if McHenry looks intense or stressed:

McHenry appears quite comfortable asserting her education, fitness, and beauty as points of superiority to the unshown lady in the booth.  This seems like business as usual for McHenry, not a moment where she lost her mind.

Even more distressing is McHenry’s use of the word “mistake” to describe her relentlessly cruel efforts to demean the clerk.  Accidentally cutting in line is a mistake.  Leaving a store with a piece of candy you forgot to pay for is a mistake.  Oversleeping is a mistake.  Using a string of petty insults to try to hurt the feelings of a tow yard clerk is not a mistake; it reveals McHenry’s character.

She says she should “take the high road” regardless of her frustration level.  I’m not sure McHenry will be able to find it.  The high road is where people pay compliments to one another to lift spirits, not attack the physical and intellectual weaknesses of those who might be viewed as lacking those qualities.

The lesson McHenry will learn from this ridiculous episode will be to behave like she is always being videotaped.  The real lesson is one McHenry should have learned long ago – being nice is the least we owe one another.

Our energy should be spent trying to make others feel good about themselves, not posture and preen as we assert our majesty over those we mistakenly view as less gifted.

Bullying doesn’t stop in grade school.  It continues if we allow it.  What McHenry is shown doing in the video is a miserable and perfect example of verbally bullying someone who earns a living – or partial living – taking money from people after their cars are towed.  This lady has seen a lot of people at their worst.  Whatever she is paid, it isn’t enough.

Television anchors and reporters – especially at the ESPN level – are paid for their ability to look good and read well, but the key to their success is to be a welcome presence in the living rooms of viewers.  They need to be likable.  McHenry showed herself in the video as repellent – someone I wouldn’t invite into my home if she rang my doorbell.

She was suspended for a week by management at ESPN.  Maybe she deserves a chance to atone for her heartless and cruel attack, but my choice will be to turn to another sports network when she shows up in my living room because I don’t want ugliness – even when wrapped in a pretty package – in my home.

13 thoughts on “ESPN’s Britt McHenry emotionlessly rips into tow yard clerk in video – suspended for one week; fired from my TV”