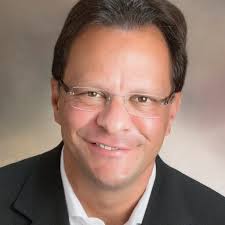 Tom Crean will be back for next season and likely beyond, unless IU hits full throttle reverse for 2015-2016.

Working in and around sports is not easy, and keeping the cash flowing through tough times is even more difficult.

Below are the seven coaches/athletes whose future is the cloudiest as we enter the time of year without meaningful games and the odds each will survive in their positions through the next 12 months:

CJ Watson (off the board) – This one is easy.  Pacers president Larry Bird basically said that Watson will not return to the Pacers.  That makes him a goner.

Roy Hibbert (2-1) – Last week, Bird and Frank Vogel both voiced their desire to play smaller and faster next season.  That was correctly perceived as a shot at 7’2″ center Roy Hibbert.  Hibbert has a player option for $15.5 million for next season, and the Pacers would undoubtedly love for him to opt out.

If Hibbert chooses to stick around to cash out, the Pacers may play faster and the result will be a disgruntled big fella who tends to be a little sensitive about that kind of thing.

Bird was especially outspoken in critiquing Hibbert’s contribution to the Pacers, “We assume he’s going to be back and if he comes back, we’re probably going to play another style, and I can’t guarantee him anything. He’s going to have to earn it.”

Unless he values happiness over $15.5 million in cash, he’ll be back – at least until the trade deadline.  There is virtually no chance he’s here beyond 2015-2016.

Kevin Wilson (4-1) – Entering year five, Wilson’s leadership at Indiana has brought improvement, but what is the ceiling for the Hoosiers under Wilson?  If it’s an occasional bowl berth, Wilson needs to put Indiana in a bowl this season.

Last year’s step back could be attributed to the injuries of quarterback Nate Sudfeld and running back Tevin Coleman, but at some point the well of excuses may run dry if Indiana doesn’t get over the hump to earn a bowl selection.

If Indiana doesn’t take a step forward this year, the noise calling for Wilson to be replaced will rise a couple of decibels.

Tom Crean (5-1) – Under duress is a nice way to put the pressure under which Crean will operate in 2016.  Indiana appears to be entrenched in a cycle of mediocrity, with teams who routinely do not measure up to expectations of either fans or the often cited top-five or top ten program assignation the Hoosiers point to with pride.

A year ago, ESPN listed the top 50 college basketball coaches as named by a panel of “experts”.  Crean was not on it.  The next hire will be the biggest of athletic director Fred Glass’s tenure.  The extension awarded Crean with a lofty buyout has been widely criticized, and will count against Glass should the next hire be a bust.

No IU AD can survive a bad hire for the basketball program.  Until Glass is convinced a potential great hire is available and eager, allowing Crean’s buyout to fall year after year is the smart play, and Glass is a smart guy.

Regardless of Thomas Bryant heading to Bloomington or Yogi Ferrell’s decision to stay that will be announced Saturday (can you imagine him leaving with a possibility that he won’t be drafted at all?), interest in IU Basketball continues to ebb away from its historical passionate level to malaise.  At some point, Glass may need to make a move before he is ready because Crean’s ill fit as the basketball coach becomes more apparent with each season.

Crean’s buyout is $12M through June 30th, $7M the following year, and $4M the year beyond that are likely to keep Crean around unless there is a complete collapse.

Darrell Hazell (8-1) – Purdue football has been disappointing since the retirement of Joe Tiller, and Hazell follows Danny Hope as those trying lure enough talent to West Lafayette to recapture the magic of Bob Griese, Len Dawson, Mike Phipps, and Drew Brees led teams.

Hazell won a single game his first year and another three last year.  The clock is ticking.  The third year is a little too early for a football coach to be sent packing – even if he is terrible.  Hazell is an unknown right now, and that should be enough to allow for a fourth year regardless of the outcome of the 2015 season.

Brandon Miller (10-1) – The mysterious disappearance of Brandon Miller as Butler basketball’s coach remains vexing, and while we hope that the challenges that caused his departure, his coaching career has hit a wall it may not be able to crash thru or climb.

The 10-1 odds reflect the chance he ever returns to be a full time head coach.

Ryan Grigson (20-1) – Expectations are going to be higher than ever for the Indianapolis Colts, and if they fall short fans are going to start targeting Grigson as the architect of an Andrew Luck & Company franchise that can’t surround the best young QB in the NFL with enough talent to be a champion.

Drafting Bjoern Werner and dealing the first rounder in 2014 for underachieving running back Trent Richardson are two anchors that may sink Grigson.

Grigson’s job is very safe, unless the Colts hit a hard reverse, but that’s nearly inconceivable given the Colts position in the AFC South and a schedule that ushers in the very mediocre NFC South as mandatory opponents.