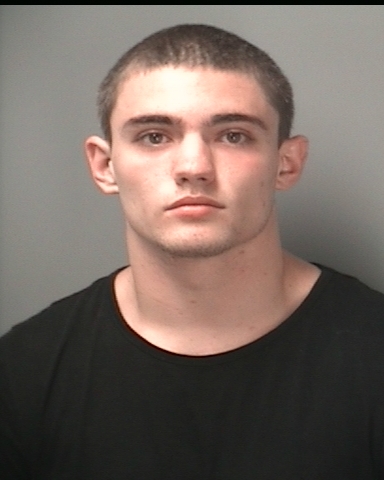 IU football player Isaac Griffith was arrested over the weekend for DUI.

Devin Davis – gone for pot possession.  Hanner Mosquera-Perea – gone for whatever the hell he was doing when Davis got popped.  Isaac Griffith – arrested for DUI just over a year after he nearly drowned while swimming in the Gulf of Mexico after drinking.

Davis and Mosquera-Perea are now former basketball players, and Griffith is still a wide receiver for the football team.  All appear to have a problem with intoxicants.

It’s one thing to run afoul of the law once as a college student.  It happens to almost everyone.  It happened to me.  For each of the guys above, consequences have come, been ignored, and come again.

The arrest for Davis came just six months after he suffered a brain injury as a result of falling off the hood of an SUV driven by teammate Emmitt Holt.  College hijynx gone awry – again.  If you don’t alter your behavior after fracturing your skull, there isn’t much a coach can do to get your attention.

Mosquera-Perea was cited for a DUI in February, 2014, and suspended two games.  Whatever his role in the latest Davis incident, it was enough for Tom Crean to decide he had exhausted all options, and the time had come to part ways.

Griffith may or may not be welcomed back to the IU football team, but one thing is for sure – like Davis, if a near death experience isn’t enough to get him to embrace change, coach Kevin Wilson’s foot in his ass is unlikely to matter too much.

It’s likely that the percentage of kids at IU dealing with these issues isn’t a lot higher or lower than those at other schools.  Some schools have party reputations, but anyplace where 18-22 year olds gather by the thousands is likely to feature behavior that tests chemical boundaries.

My Mom worked in addiction for a long time, and she always says anyone can get one DUI, with two a problem is likely, and after three there is no doubt.

For athletes, who should be well aware of consequences (both physically and in discipline from coaches) for bad choices, the learning curve should be sharper.

For once, this isn’t about the response to wayward players by coaches, but about the decisions students are routinely making that defy reason.    Success is about making daily choices that enhance the odds of a positive outcome.  Make enough good ones, and winning in life is virtually guaranteed.  Make enough bad ones, and living under a bridge becomes a possibility.

There are 615 athletes playing one of 24 sports at Indiana, and in 2011 there were approximately 3,400 arrests at IU related to students violating drug and alcohol laws.  That’s roughly 9% of students, so 50 athletes can be expected to be arrested each year if they are cuffed at the same rate.  Drilling deeper, one basketball player and seven football players should be arrested if they violate laws at the same rate as the IUB gen pop.

Because of the arrests/citations of Davis, Mosquera-Perea, Yogi Ferrell, Stanford Robinson, Emmitt Holt, and the suspensions of Robinson and Troy Williams, it seems like IU has completely run amok.  That’s because we pay closer attention to basketball than a field hockey player or political science major living in Wilkie or Teter.

The sad truth for those exercising poor judgment in Bloomington is that there are others at IU making good choices.  Those are the people you will likely be working for in 20 years.  It doesn’t always work that way, but a little diligence and restraint goes a long way to building a quality life.

If you have made poor choices that have come with severe consequences more than once, get some help from a professional.

5 thoughts on “Indiana University Athletics – What the hell is going on down there with drug and alcohol abuse?”