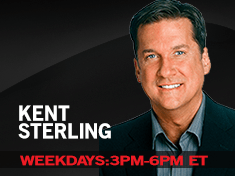 Sportstalk radio has evolved on many stations into guy talk.  Some hosts are more adept at talking about their favorite song than their favorite athlete.  That’s fine.  Every host should execute the show he is best at.

For me, I like sports.  The games and those who compete in them are fascinating.  Those who build the rosters, develop the strategies, evaluate the players, and even those fans who revel in their accomplishments – or lack thereof – are the people I enjoy talking to most.

During this time of year, sports media types – especially sportstalk radio hosts in cities without major league baseball – complain about a lack of things to talk about.  That has always baffled me.  Sportstalk has never simply been about the results and game analysis, but the people.

I spoke with Indianapolis Star columnist Gregg Doyel yesterday about the “sports, nothing but sports” edict I indulge for my own show that airs every weekday on CBS Sports 1430 from 3p-6p.  He said “it’s the people in sports” that rivet his attention.

A former co-worker, Cliff Saunders, posted on Facebook about the intellectual laziness of hosts who believe nothing is going on simply because games are not being played in three of the four major leagues.  A torrent of comments followed about the value of guests, callers, and list type topics that are employed to fill segments.

My show is positioned in Indianapolis as being about “sports, nothing but sports” for two reasons – because the other two sportstalk shows spend more time on distant off-ramps where other topics are discussed, and more importantly to service my own love of sports and the stories of those who compete.

Every show, regardless of the format, should cater to the unique interests of the host.  Sitting alone in a room talking about sports is not hard work in the sense digging ditches or building homes is, but it’s certainly an intellectual and psychological test to emotionally rage and indulge curiosity about those who compete in front of an audience that can only be imagined.

That’s what makes hosting fun for me.  I am engaged by a variety of issues that I feel reflect a unjust marketplace – particularly in college football and men’s basketball.  I’m also intensely curious about those who choose to spend time alone diligently working to perfect a craft – shooting a basketball, moving feet and hands precisely to keep a defensive end from getting to a quarterback, putt with exceptional accuracy, and hit a cutoff man every single time.

The success and failures of the Colts, Pacers, Hoosiers, Boilers, and Bulldogs are a big deal for me too.  Were Phillip Dorsett and Myles Turner the right choices?  Did David West screw up by leaving $11 million on the table?  How about Lance Stephenson passing on a guaranteed $26 million?  Is Tom Crean building Indiana into a perennial winner, or succeeding just enough to keep his job.  How does Butler keep cycling through coaches with similar results year after year.  Are Indiana and Purdue football doomed to lose forever?  Will Purdue be better than IU this season in hoops?  Why did Jack Mewhort pose nude?  Great questions worth trying to answer in different ways every day.

Those who have chosen a career where traveling to evaluate athletes, motivate them, and implement a culture where they might succeed and learn also motivate intense curiosity.

Sports are a microcosm of life, and as such can be used to relate and affirm philosophies that can be employed to better understand why we wake up with an enthusiastic drive.

That’s what fuels our fire for every single segment of the show – talking about why things happen and what unique stories every person involved in sports might be able to tell.  What have they learned on their road to success?  What gets them up in the morning?  Why did they make a decision on the field/court/rink or off?

Sports float my boat morning, noon, and night.  Others have curiosities in other areas, and so they make different choices.  Some hosts love talking to strangers, so they take a bunch of calls.  For each host, there is a different perfect mix of attributes.  The only certainty is that failure comes to those who don’t indulge their own set of unique talents and interest.

Indianapolis sportstalk in the afternoons is a diverse marketplace.  For those who want to hear about sports, here we are on CBS Sports 1430 every weekday from 3p-6p.