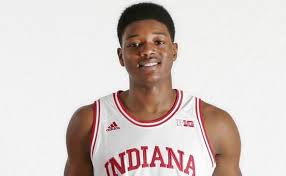 The news earlier today that Indiana Basketball players Emmitt Holt and freshman Thomas Bryant were cited Friday at 12:50 a.m. for illegal possession of alcohol brings to mind many questions and some very simple truths as answers.

According to a press release from the state excise police, Bryant and Holt were cited after being observed attempting to conceal bottles of vodka while sitting in a car at the Convenient Food Mart down 17th street from Assembly Hall, near campus at 12:50 a.m. Friday.

Wow, that’s a lot of questions!  While you ponder, here are my answers:

At some point, the tonnage of problems, if they continue or abate, will definitively answer all the questions.  If it isn’t clear already, it will become clear in one direction or the other soon enough.

For me, the evidence cleared to another level today.

17 thoughts on “Indiana Basketball – Questions and answers about Emmitt Holt and Thomas Bryant, and what their illegal possession of alcohol might mean”