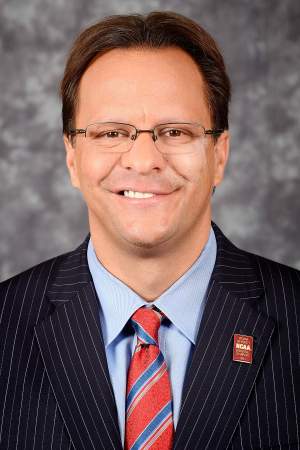 I even found a picture for this post that is flattering for Tom Crean.

My propensity for saying “I like Tom Crean” before listing a myriad of reasons for replacing him as the head coach of the Indiana Hoosiers basketball team is well known.

The 2015-2016 season hasn’t even started, but I cannot talk about Indiana Basketball on my radio show without screeching about the entrenched mediocrity of the program both on the court and off .

This list of arguments for retaining Crean as coach is as much a hopeful chat with myself as it is a list for like-minded Indiana basketball fans who are disconnected from their passion of watching the Hoosiers because of their disdain for Crean.

So here are the top nine reasons to feel good about Tom Crean as the coach of the Hoosiers:

1 – Spending $7,500,000 (the amount of Crean’s buyout until July 1, 2016, when it drops to $4M) to fire a guy seems like a dumb way to spend an enormous amount of cash.  Paying him $3.16M to finish in the middle of the Big Ten race and suspend or fire  kids who relentlessly break team rules isn’t a great investment either, but it beats the alternative.

2 – Virtually all Indiana basketball players earn their degrees, many in three years.  The program’s Academic Progress Rate has been 1,000 during the majority of Crean’s years in Bloomington.  While winning at a high level would be nice, a program that treat student-athletes as students as well as athletes makes the relationship between a coach who makes a ridiculous salary and a player who gets an education for his trouble a little more equitable.

3 – Who’s to say the replacement would be better?  By all accounts, Brad Stevens is thrilled to be the coach of the Boston Celtics.  No recruiting, a true offseason, and not being held accountable for the behavior of adolescents in his charge leaves only coaching basketball, which is a nice change of pace for Stevens.  With Stevens likely out of the picture, who’s out there that would be clearly better than Crean?  Archie Miller of Dayton? Ben Jacobson of Northern Iowa?  Zach Spiker of Army?  Firing a guy is a two-step process, and the second step (replacing him) is the most important.

4 – It seems Crean has adjusted his recruiting a little bit to account for the potential for irresponsible behavior.  The 2012 class was a disaster on many fronts, but the wayward behavior of many of its members put Crean in a potentially devastating position.  While Crean bears the responsibility for the idiocy of young people who were offered scholarships after displaying idiotic behavior, adjusting his metrics for evaluation during the recruiting process deserves some credit.

5 – Consequences are following dumbass behavior.  When Crean gave Hanner Mosquera Perea a two-game slap on the wrist for an OWI earned at 3:40 a.m. a day and a half prior to a game against Purdue, it was correctly seen as a free pass that would prompt more irresponsibility.  Now that Emmitt Holt, Mosquera Perea, and Devin Davis have learned the hard way the folly in representing Indiana University with less than respect, others will begin to understand that hooping as a Hoosier is a privilege, not a birthright.

6 – Thomas Bryant is going to be a better version of Noah Vonleh.  Vonleh was an obvious one-and-done kid whose primary focus was on making himself attractive to those who might draft him.  The result was a talented player without the kind of fifth gear reserved for those who play for their teammates.  Bryant is said to be concerned with both team and personal success, and that is a reason for optimism.

7 – Is one more year going to hurt anything?  This will be year eight of Crean’s IU hoops reclamation project.  If IU is a middle tier Big Ten team again, it might behoove athletic director Fred Glass to wait yet another year to finally move beyond the big ticket years of the buyout to where the cost would be a simple million.  Indiana doesn’t have a bevy of talent that will return to Bloomington for 2017-2018, so what’s the hurry?  The rebuild post-Crean will be nearly as arduous as that driven by Crean, and the right guy must be available for that job.

8 – Most of the tics are gone.  When Crean arrived in Bloomington, he employed a wide array of strange mannerisms that communicated a combination of insecurity, arrogance, and weirdness that immediately – and in some cases irrevocably – turned off a portion of the fanbase.  Crean still never sits, but the odd swigging, hair adjustments, and maniacal clapping have either faded or disappeared.  Well, maybe the clapping is still there, and some of the other theatrics have been replaced by Crean occasionally getting in a defensive stance, but the level of sideline bizarreness has gone from a torrent to drizzle.

9 – Because rooting for a person to lose his job is just wrong.  I know we have a sense of what Indiana Basketball is – or should be – but is it humane to campaign for any man to be fired regardless of what you perceive to be an ill fit, or results that don’t pass your specific requirements for excellence?  That’s the right of any fan, I suppose, but if you are powerless to affect the change you crave, why not focus on something else and enjoying watching basketball again.