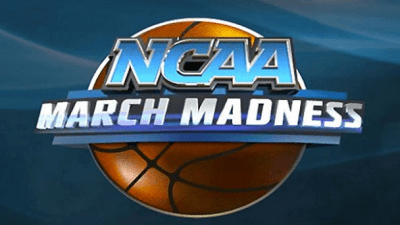 The field was revealed yesterday, and March Madness will thrill and annoy. Yesterday, it got started early.

Pretty soon, the skies over college basketball were filled with stones.

That’s what happens with predictive journalism and fan interaction.  Self-righteous tools are revealed, and media exercising an agenda are outed.

There are great narratives in every college basketball season.  This tournament will expose some and create others.

It’s going to be a fascinating month.  To kick it off, let’s hit some cool stories, expose some self-importances, and continue to hammer Dick Vitale over his increasing irrelevance with this top 10 storylines for March Madness.

10 – Evolution of Butler from a dominant Horizon League team to a successful Big East member has been unique.  Never in the history of college basketball has a program moved from low-major (Horizon) to mid-major (A-10) to high-major (Big East) in five years with consistent success at each level.  That Butler finished tied for fourth after posting a 7-2 record in the second half of the Big East schedule after being 3-6 in the first half is one of the best stories of the season.

9 – Carping about who was given a shot in the play-in games is nutty.  Okay, Monmouth has some nice wins in the preseason, but losses to Canisius, Army, and Manhattan were damning.  The at-large selections of the NCAA Tournament should be focused on making sure America’s best teams have an opportunity to earn a National Championship.  Some of March’s magic is in the upsets a team like Monmouth can author against the blue bloods, but that is what’s accomplished by conference champions getting automatic bids.

8 – Indiana and Kentucky are on a collision course for a second round matchup despite Cal’s carping.  John Calipari has been whining incessantly about the Wildcats being a four seed, but what did he expect after losing eight times?  Five of those losses were against teams incapable of earning an at-large bid in the NCAA Tournament (Auburn, Tennessee, UCLA, Ohio State, and LSU).  Calipari might have a case for a #3 because the Cats RPI and BPI show them as a three, but Calipari did this to himself with some shaky losses.  IU vs. UK will be the marquee matchup Saturday if both teams win first round games.  This is a bad matchup for IU as their strong backcourt is countered very nicely by an even better pair of guards.  One fanbase or the other will lose their minds Saturday.

7 – Central Indiana hoops will all be Thursday, but none on top of one another.  Notre Dame will play Friday at 9:40p, but the rest of Indiana’s teams will roll on St. Patrick’s Day one after another with a little cushion for a potty break or two.  Butler plays Texas Tech at 12:40p.  Purdue takes on Arkansas Little Rock at 4:30p, and Indiana plays Chattanooga at 7:10p.  That’s a full day of hoops on a day that is already a party.

6 – If Butler and Virginia play, it could be a fun match up.  Virginia slows the pace better than any team in the country, and Butler runs a very efficient offense that rarely turns the ball over.  If the Bulldogs can get past Texas Tech, the game against Virginia will be a fascinating pairing of teams whose greatest attributes will counter one another.  That’s the greatest thing about this tournament – the matchups are phenomenal.  This one is especially interesting

5 – Chattanooga is a potential nightmare for Indiana.  Don’t get me wrong, I think Indiana shoots well enough to beat the Mocs, but Chattanooga won the Southern Conference by creating turnovers.  When Indiana gets beat, it’s because they turn it over too often.  Matt McCall’s first team will likely lose to the Hoosiers, but they are going to make the Hoosiers work.

4 – Pac 12 hype drives March mania for historically weak league.  The last time a Pac 12 team earned a spot in the Final Four was 2008 when UCLA ended a three-year run of appearances.  The last time a Pac 12 team won the tournament was Arizona in 1997.  Every year, experts look at the Pac 12 as the darlings of the tourney, and every year they are wrong.  Picking against Pac 12 teams after the first round is a really good idea if you want to win your pool.  Cal is the only team in the conference I have advancing past the opening weekend.

3 – Tom Crean confusing a Big 10 championship with seeding criteria.  It’s great that IU won the Big 10 regular season championship, but the Big 10 season is seen by the committee for what it is – 18 games against a variety of competition that differs from team to team because of an unbalanced schedule.  The Hoosiers only played Michigan State, Purdue, and Maryland once, while playing Illinois, Nebraska, and Minnesota twice.  The non-conference schedule sucked as usual (ranked 278th nationally), so Indiana got what it earned in a five seed through playing the third easiest overall schedule in the Big Ten.  Indiana’s RPI and BPI are in the five seed range – right where the committee put them.

2 – Dick Vitale thinking he knows more than the selection committee.  When Vitale talks about the eye test and the DVPI, he discounts his own predilection for logrolling for his coaching friends.  I’m certain Vitale believes John Calipari’s full name is “John Calipari Can Flat Out Coach Baby”.  Vitale misses no opportunity to stump for his favorites, and to do so by questioning the committee is too tawdry for a respectable network to tolerate.  Please, John Skipper, keep Vitale in his ever shrinking lane of excellence.

1 – Two hour selection show causes bracket leak.  You want to do a slow reveal, the information will find its way to hungry eyes.  That’s the way social media works, and when CBS/TBS decided to stretch the selection show to two hours, it ensured someone would tweet a bracket.  The first leak I can find is @ericsports at 6:12p.  At Butler, everyone knew long before the Midwest Region was revealed because of the leak.  It took the suspense out of the event, but the blame for that doesn’t go to @ericsports, but to the profiteering of CBS/TBS that was responsible for trying to stretch 30 minutes of information through two hours.  Give people what they want when they want it, or they will get it elsewhere.  XBS’s disrespect for the wishes of its audience was answered with the lowest ratings of a selection show in 20 years.  Good.