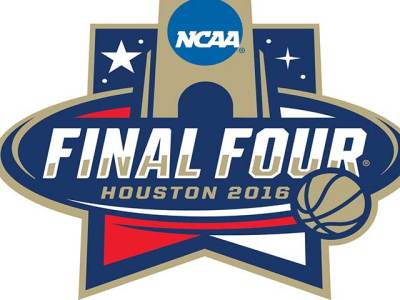 For the record, I would love to see a group of activist student-athletes make a serious statement by boycotting the NCAA Final Four.  It would be an incredibly courageous sacrifice that would likely cause long-overdue action by academic bureaucrats and television network executives to share the enormous wealth generated by an event where the participants have never been paid a single dime.

It would be a Rosa Parks moment for college athletes.  Finally, the right thing might be done to at least allow student-athletes to monetize their own images – if not get their piece of that giant pie that is used today to fund obscene coaching contracts.

But the decision is not for lawyers who are trying to feather their own nests through a landmark expression of dissatisfaction in the status quo, and the likely lawsuits that would result.

This is a decision that belongs to the young men and women who have earned their one shining moment through sacrifice and diligence – a dream kids indulge in when shooting baskets alone in a dark gym.

Here are the seven reasons college basketball players are right to play games this weekend rather than to boycott the Final Fours in Houston and Indianapolis:

7 – Unintended consequences might be dire.  The money paid to the NCAA by CBS/Turner to broadcast March Madness, and then from the NCAA to the member institutions funds athletic scholarships and facilities.  A further fragmentation of the distribution of that cash would be catastrophic for programs cannot otherwise sustain themselves financially.  College basketball players might get a piece of the pie by sitting, but that cash would likely come at the expense of programs at smaller schools where the arenas are gyms and the attendance is measured in dozens, not thousands.

6 – Other sports are funded by the money generated by the Final Four.  At Indiana, there are 24 varsity sports.  Football and basketball generate the revenue required to operate the other 22.  That dynamic is mirrored through college athletics at the highest level.  A financial meritocracy would cripple the programs that can’t support themselves.  If basketball players want to bring an end to cross country, field hockey, golf, and other non-spectator/non-broadcast programs to stuff their own pockets, they can, but the athletic cafeteria is going to have a lot of empty tables.

5 – A lifetime of work for that moment shouldn’t be wasted to make a point.  The young men and women playing in this weekend’s Final Fours have awakened early to workout and iced knees at night to pursue their basketball potential.  On the doorstep of living their dreams, to expect any of these players to strip themselves of the glorious moment that compelled them to work a little longer and harder when their bodies and minds told them to instead play Call of Duty or Grand Theft Auto asks too much.

4 – The money can come later.  When a team wins a national championship, the players for that team become sought after speakers and endorsers.  Among alums and boosters, their star never dims, and that status can easily be converted to a substantial income.  Sacrificing the possibility of lifelong fame, popularity, and marketability is too high a price for any group of young men to pay for the potential benefit of future players.

3 – Once in a while, money should have nothing to do with it.  Sure, people are filling their pockets with cash – coaches, broadcasters, TV execs, athletic administrators, vendors, and apparel companies all get paid – but that doesn’t mean players need to concern themselves with getting theirs.  Sometimes, sport for the sake of sport works, and this is one of those times.  Enjoy the moment, play the game you love, and allow the result to fill your hearts rather than worrying about what fills your wallet.

2 – No guarantee of a positive outcome.  While their would likely be meetings convened to discuss an immediate implementation of some level of compensation among the athletes in profitable sports, there is no guarantee the result would benefit the athletes to the extent they like.  Despite hopes that this grand gesture would fix the long-standing problem of financial equanimity in college athletics, it might result in the opposite.  Financially strapped universities might spike entirely their athletic departments.

1 – It’s THEIR one shining moment.  While there are adults who encourage this level of activism on behalf of what they believe is right, the decision to play belongs to those who earned it through their effort and skill.  Sullying it by suggesting the decision to play is rooted in selfishness is ludicrous.  The players earned this weekend in the center ring of the American sports circus, and if the reward of playing the games is enough for them, it should be enough for everyone else.

There will likely come a time when a player compels a team to consider the option of sitting to change the self-serving compensatory system of collegiate athletics, and that will be a courageous decision with wide reaching consequences.  When that happens, they should be applauded for their sacrifice.  Until then, let’s watch the games and revel in their excellence.

In the meantime, if the NCAA mandated coaches be paid using the same schedule for tenured professors at the universities, that would be a huge step in the right direction, but that’s a conversation best saved for another time.