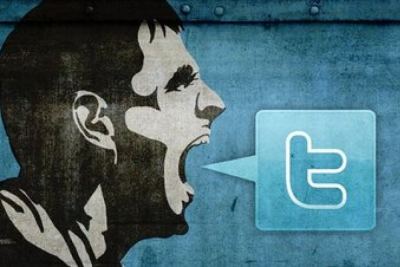 There is a lot of good that comes with the most dynamic social media force in history.

Twitter allows for a meritocracy to exist in media.  Great takes bring like and retweets regardless of whether you are a newspaper columnist or passionate fan.  That’s good.  There is also the ability to attach links that turns Twitter into an interactive billboard for those without a traditional delivery system for content.

But there is bad too, a lot of bad.

Here are the top 10 reasons Twitter is a miserable venue of social media driven idiocy.

10 – Credentials unnecessary.  It’s nice that a 10-year-old can have the same level of Twitter account as Bob Kravitz or Gregg Doyel, but it also erodes the level of discourse.  Nothing against fourth graders – some are capable of higher thought than the professionals – but the Twitter neighborhood can tend toward the dilapidated due to the tonnage of weak takes.

9 – No editor to proof your work.  It shouldn’t be too difficult to makes sure you spell words and  names correctly given the character limit, but with auto-correct and occasional sloppiness, Twitter can present errors that turn sensible takes into maniacal rants.

8 – Twitter doesn’t know when you are kidding (or drinking).  People without the ability to communicate humor via 140 character blasts are not discouraged from pressing send.  How many tweets have your read or written that were meant to be funny, but were received as a serious, unpleasant attack?  They are everywhere on Twitter, which also has no gauge for whether you have enjoyed a beer or two before deciding to share.  Alcohol seems to impair the user’s ability to convey humor or logic.

7 – Media management understands quantity more than quality.  Most media managers come from sales rather than the content end of the business, and they don’t know how to evaluate message other than through the lens of statistics.  Number of followers is how management views talent.  That has caused a relentless dumbing down of the media business – especially on Twitter.

6 – 140 characters.  Don’t get me wrong, I love the character limit.  Who wants to read silliness that drones on any longer than 140 characters?  But the limit also denies intelligent authors a chance to delve into a little nuance in voicing an opinion.  It has turned journalists into cavemen – “Pacers defense – BAAAD!”  As with most things, what is so cool about Twitter can also be so bad.

5 – Kentucky fans.  Big Blue Nation is a wonderful, almost perfect example of the riot mentality that causes rational human beings to morph into rampaging beasts bent on destroying anything that sands in the way of the will of his or her group.  Twitter is where BBN lurks waiting for the innocent to say anything vaguely (or overtly) critical of John Calipari or one of the eight-month Wildcats who treat the University of Kentucky’s basketball program like a purgatory that must be tolerated in order to achieve the dream of an NBA career.  Take them on at your own peril – or enjoyment.

4 – Trolls.  Twitter rewards idiotic takes through response from people not wise enough to avoid biting.  We tend to shout at those opinions with which we disagree, and for many on Twitter, that’s the point.  The Skip Bayless era of sports media hot takes has made it virtuous to be outrageous.  Worst part is that separating the trolls from those who offer legit options is getting harder.

3 – Sensitivity of hate recipients.  If you are on Twitter, people are going to attack you.  That’s life.  Giving them the satisfaction of knowing they got under your skin validates their assault and will motivate continued unpleasantness.  Ignore them and move on with your day.  That disarms the attackers and what’s more fun than not giving idiots the validation of knowing they ruined a moment for you?

2 – Reveals people at their worst.  In general, people who scream at the world 140 characters at a time are not the swiftest boats in the sea, but puking venom all over a smart phone and pressing send is a safe way to display substantial character flaws.  Pressing send after being a boorish mope is easier than insulting a human being to his or her face.  Twitter is perfect cover for people who are both cowardly and mean.

1 – Allows people cloak of anonymity.  Without signing your name to your opinion, no one holds people accountable for their views – no matter how spiteful.  This encourages hate and anger – and doesn’t penalize manipulative belches of stupidity.