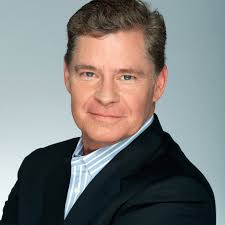 Getting a job in sports media in 2016 is impossible – or nearly impossible.

The traditional media industry is searching for efficiencies in most places, and that not only means companies aren’t looking for new employees – they are cutting staff.  Those folks who have been shown the door are now applying for the same jobs as the recent college grads.

Sports media is certainly no different.  Thousands want a talk show, to anchor on TV, or write about sports, and many ask me how they can go from a job as a rental representative at Enterprise to hosting afternoon drive at a sportstalk radio station.

I have had five conversations just this week with people who covet what they feel are the coolest jobs on the planet.

The answers aren’t complicated.  Here are top 10 questions I am asked by those who want a job in media, and the answers:

10 – Is it fun?  Yes, but it’s the work that is the most fun.  If you think hosting a show is like sitting in a bar and talking about sports, you’re missing the best part of the gig.  I get to have conversations every day with (mostly) smart people who grind away (again, mostly) to build great careers.  Learning from them by satisfying my curiosity is almost magical.

9 – Is ESPN a great place to work?  I’ve never worked there, so I don’t know personally, but I know plenty of people who have built careers on the Bristol campus, and that experience seems to feature the good and bad that come along with working at most companies.  The cafeteria is ridiculously cool, the pay is comparatively excellent, but the overriding emotion of many who are there is fear of being among the next cuts.

8 – Why is Skip Bayless popular?  Because his takes generate a response.  Whether or not his opinion makes a lot of sense is a different question, but that his takes are either agreed or disagreed with is beyond debate.  His willingness to say – and apparently believe – the absurd is his gift.

7 – Is radio dying?  Reports of radio’s demise are greatly exaggerated.  While people are listening a bit less, there are more people listening today than ever.  Great content will find an audience, and no medium combines immediacy, spontaneity, and a dynamic delivery system like radio.  As long as radio companies focus on providing unique content and client messages delivered on the radio continue to generate a audience response, radio will be fine.

6 – Why do you care so much about sports?  For two reasons – number one, sports is fun and frivolous.  It’s a silly diversion from our everyday lives that allows us to bond as a community.  Number two, sports are a wonderful microcosm for life.  Every lesson we learn about life is proven in sports.  Failing to prepare is preparing to fail.  The total is greater than the sum of the parts.  How about – if the road is easy, you are likely going the wrong way.  These are good lessons that are revealed every time we watch sports if we pay attention.

5 – What’s the difference between a good and bad host?  Good hosts prepare, perform, and never take for granted the opportunity they have to inform, entertain, or enlighten.  The hosts who yammer on and on to fill time with complete sentences bereft of meaning are a dime a dozen.  At stations where management weakly condones such ineptitude, they can make a living before their insipidness becomes obvious even to them.

4 – How do I start a career in sports media?  By doing something.  Back in the day, all you needed to be the best writer you could be was a typewriter, some paper, and an imagination.  In electronic media, all you really need is an iPhone.  If you can afford a MacBook Pro, all the better.  Hosting a show through a Google hangout is painless, fun, and free.  Periscope and Facebook Live give you video access to consumers.  Social media like Twitter allows you to build an audience.  If you want to get into media, waiting for an invitation is pointless and a waste of time.  You want to host?  Go ahead and do it.  TODAY!

3 – How can I be the next Dan Patrick?  You can’t.  Dan Patrick is already Dan Patrick.  Not to be trite, but you can only be the next you.  You give yourself the best chance to succeed by being the best version of yourself.  That takes fearlessness and comfort – both of which can only be gained through relentless work or a natural arrogance.  Authenticity and raw honesty don’t guarantee success, but being fake guarantees failure.

2 – How do you talk for three hours everyday?  I talk (or write) for 12 hours a day, not three.  If I didn’t have a microphone or laptop, I would still talk all day.  I have very animated conversations with myself in the car, and while that might be a hallmark of the insane, it’s a prerequisite for being a radio host and/or writer.

1 – How can I get a job like yours?  By saying yes thousands of times when asked to do things you aren’t enthusiastic about.  Eventually, trust is gained, and opportunities offered.  Then, it will be up to your level of ability to connect with the audience.  If you think you are above working an overnight board shift or passing out coozies at a remote, do something else because everyone who works in media today did their time in anonymous drudgery.  I spent many afternoons in 1990 in a conference room stuffing envelopes with Mike Greenberg of Mike & Mike.  Neither of us bitched for a single second.