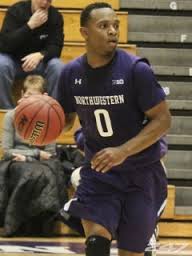 Johnnie Vassar has decided to let his lawsuit not his tenacity be his legacy.

Anyone who has read anything I have ever written about college athletics and the relationship between a school and its athletes knows that I err on the side of the athletes.

They should be able to control and profit from their images, and if John Calipari and Nick Saban are worth more than $7,000,000 per year as coaches of student-athletes, the athletes deserve a taste of the cash.

Those truths are self-evident to me.

A former basketball player at Northwestern University has filed a lawsuit agains the NCAA and school over transfer rules.

Johnnie Vassar was a freshman basketball player at Northwestern in 2014-2015, and was strongly encouraged, according to Vassar, to transfer because his play was deemed substandard by coach Chris Collins and his staff.

That happens in college sports all the time.  Some student-athletes capitulate while others fight.  Vassar tried to fight, but not before hearing from other programs that they didn’t want to invest a scholarship in a player who would be ineligible to play for a full year because NCAA rules require undergraduate players to sit out for that period.

Vassar stuck around at Northwestern without another friendly port as an option.  He executed custodial duties that many Northwestern student-athletes perform in order to earn extra money.  That’s how Vassar kept his scholarship.

The lawsuit argues that the NCAA’s transfer rules and their application by Northwestern violate anti-trust laws.

I get it.  A kid kicked to the curb by a disenchanted coach, who just months before pledged his love, is in a tough spot.  If the coach can do that, the kid should have the freedom to accept a scholarship elsewhere without the new school paying educational costs while he or she sits.

That makes a certain amount of sense, but the unintended consequence could gut the lessons that are longest lasting for student-athletes.

The transfer rules force a kid to stop and think when things get tough, as they always do.  If the student-athlete can pack a bag the first time a coach uses anger to motivate, the best part of the education provided by participation in college athletics will vanish.

Other than service in the military, there is no better way for young adults to learn lessons that only adversity can teach.

Character comes from those dark moments where a person looks in the mirror and decides whether fight or flight is the right answer.

Student-athletes experience those moments in bulk, and those who decide to fight usually exit the situation stronger and more confident than had they packed.

The disincentive supplied by NCAA transfer rules forces student-athletes to consider very seriously their options.  Without it – with total and unfettered ability to wander about accepting offers from coaches in need of talent rather than student-athletes – embracing tough times would likely become a rare choice.

There are other issues to consider – like coaches poaching players without the requirement to allow them to eat a scholarship without enjoying his or her productivity on the court – but my primary issue with Vassar’s lawsuit is that it might actually bring the negative effect of student-athletes being preyed upon more often as they actually learn less.

Lawsuits like Ed O’Bannon’s are forces for good – corrections to a predatory system that rewards grown men at the expense of the student-athletes the entire system is supposedly built to benefit.