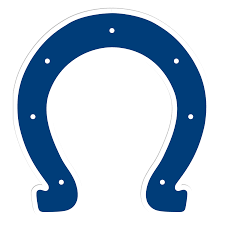 A long season filled with ups and downs, and it all came down to a screen pass dropped.

Maybe it’s a good thing in the end.  Better to end all hope than perpetuate an unrealistic dream – at least for the fans.

There was some idiocy from the officials, even after a replay after a fumble where the ball carrier was ruled down by contact, but the facts remain this is a team with a mediocre roster, minus a few spots, and they just are not good enough to make a case for postseason play.

Even in the abjectly average AFC South.

Alibiing because of referees misses the larger point.

The coaches will make noise about fighting until the end, and how there is still a glimmer of hope, but after today’s loss to the Texans, it would take a two game swing with three to play for the Colts to win the division, and that isn’t going to happen.

In four-and-a-half months, the Colts will execute another draft, and maybe within that collection of talent the Colts might improve enough to make a run at one of the multiple championships owner Jim Irsay has demanded during the Andrew Luck Era.

Whether that draft will be executed by the current front office or not is a question to which only Irsay has the answer.

Selling a vision of hope to fans given the current Colts hierarchy is going to be very difficult.

Change is in the wind.  We can feel it even with the roof of Lucas Oil Stadium closed.