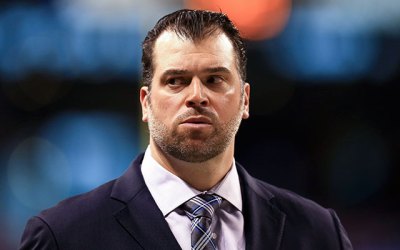 Ryan Grigson has had five years to show himself a genius or tool as the GM of the Indianapolis Colts. The only opinion that matters belongs to the owner of the team.

The predicted bounce back season of the 2016 Indianapolis Colts ended yesterday with a thud, and now we are left to figure out what the future holds for the franchise that less than two years ago was seen as a Super Bowl favorite.

Failing to meet expectations is a great way for a coach and general manager to get fired, and that prospect grew bright Sunday as the Colts lost to the Houston Texans in a must win game.

There were strategic lapses yesterday, but the unmistakable takeaway from the last 15 months of mediocre football is that minus a few players, the Colts boast a very average and non-dynamic roster – a roster compiled by the equally mediocre general manager of the Colts – Ryan Grigson.

That’s not a personal attack on Grigson, but a statement of fact – a professional assessment that springs from the best axiom in the history of team sports – Qr=Qgm.  That’s the quality of the roster equals exactly the quality of the general manager’s work.

Through the draft and free agency, Grigson has built and rebuilt a roster that cannot run the football, cannot protect its young quarterback, cannot attack the opposing quarterback, and cannot adequately stop the run.

Ask yourself what at what disciplines these Colts excel.  After kicking and punting, the list ends.

Rather than take my word that Grigson has designed a flawed team over the past five years, let’s look at the draft classes and free agents:

It’s unfair for us to judge Grigson either positively or dismissively for drafting Luck, who was the obvious/only option at #1.  Hilton was a home run – an elite wide receiver that Grigson shrewdly traded for.  Fleener and Allen were solid.  Luck, Allen, and Hilton remain with the team.  Fleener signed a free agent deal to play with the New Orleans Saints prior to the 2016 season.  The rest of the draft washed out, although Ballard was very good prior to injuries derailing his career.

None of these picks are still with the team.  By any measure, this draft was a train wreck – an unmitigated disaster from which the Colts have never recovered.  No point in belaboring this dark episode in the history of the Colts other than to remember the second round pick that is missing was dealt to the Miami Dolphins for cornerback Vontae Davis.  That trade is the only evidence of Grigson’s sanity in this draft.

The missing #1 pick in this draft was sent to the Cleveland Browns for running (kind of) back Trent Richardson.  Any equity built through the trade for Davis was rendered moot by this awful deal that in fairness nobody whined about at the time.  Mewhort has been a bright spot on the offensive line – a dark area – since this draft.  Moncrief had been projected to enjoy a breakout season after developing nicely as a rangy second option for Luck behind Hilton.  He’s been a little dinged up, and that has thwarted his progress.  The other three picks are no longer with the team.  No doubt the Richardson trade will be remembered as a debacle, but it also bears mention that this draft was very weak from the late first round on – minus a couple of quarterbacks the Colts had no need for.

Through two seasons, Dorsett appears to have been a massive stretch as a first rounder, and Smith is no longer with the team.  Anderson, Geathers, and Parry are solid contributors to a mediocre defense.  Goode is a journeyman guard, but represents the only sixth or seventh rounder of the Grigson era to show any promise at all.  Wouldn’t safety Landon Collins (chosen 33rd by the New York Giants) look good in a Colts uniform instead of Dorsett?  Minus the obvious pick of Luck in 2012, this class is Grigson’s masterwork.

Still too early to tell about the lasting impact of this group.  Kelly is expected to anchor the Colts offensive line for a decade, and Haeg looks like a longterm starter.  Green, Clark, Ridgeway, and Morrison all have positive attributes, but none projects as a starter for a championship team.  We’ll see.

Given this laundry list of five drafts and free agent classes, can any reasonable person evaluate Grigson as someone who should be retained to continue building this wobbly and thoroughly average roster?

Consider that the free agents who are on the good list include two (Hasselbeck and Redding) who has retired,  two nearly at the end of the line (Gore and Adams), one who signed elsewhere (Freeman), and two who are productive but over 30 (Butler and Walden).  Only Jackson and Robinson can be projected as a building block for the future, and he has his flaws.

The important negative is that if Grigson is retained, it will almost certainly be seen as a last chance saloon opportunity that will cause him to revert back into win-now mode.  That means more high risk free agent signings and the dealing of draft picks for veterans.

The only option for owner Jim irsay is to cut the cord with Grigson and hire a 2016 version of Bill Polian.