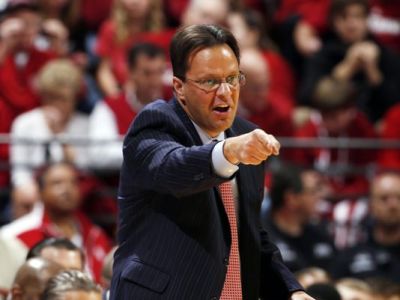 Indiana fans are hooping mad at Tom Crean after a three-game losing streak, but it’s better to judge exactly where the program has been over the last six years.

Not by Ken Pomeroy’s math, they aren’t.

Fans point to NCAA failures as evidence that IU’as star is dimming.  No National Championships in almost 30 years.  No Elite Eights since 2002.  Blah, blah, blah.

Forget about that March Madness stuff when evaluating IU.  One-and-done tournaments reward hyped-up underdogs.  Did you really believe Lehigh was a better team when they beat Duke a couple of years ago?

There have been thrilling wins against elite programs like the two this season against Kansas and North Carolina.  There have also been Big 10 regular season championships in 2013 and 2016, but other years wobbled in the opposite direction.

There is enough negative to embolden IU and Tom Crean detractors, and certainly enough positive too.  When in doubt, I turn to an objective standard driven by math to glean an answer to a ponderable like “Is Indiana an elite basketball program?”

Determining where Indiana ranks among programs in the Big 10, ACC, Pac 12, Big East, Big 12, and SEC without engaging in hyperbole and “personal” attacks on current leadership is easy.  All we need to do is rely on the numbers.

One of the best objective sources of program quality is Ken Pomeroy, whose website kenpom.com keeps a running tabs of the aggregate strength of all Division One basketball programs.

Yesterday, I poured over Ken Pom’s rankings, and tried to establish a fair way to look at all major state programs over the past 10 years.  Allowances were made in Indiana’s case for the undeniable fact that weakness in 2009, 2010, and 2011 was caused by Kelvin Sampson’s cheating while head coach, and Crean should bear little in the way of responsibility for mediocrity during those seasons.

I totaled and averaged the final season rankings – as well as current rankings for 2017 – of many programs, and excluded outlier seasons for IU.

The results are below, and they surprised me.

Here are the rankings of the Big Four Indiana programs over the last eight seasons with the lowest two rankings excluded for each team:

Where do local team measure up against nationally prominent programs over the last decade? (Unless noted, the ranked are a raw average of the last 10 seasons, including 2017 as of yesterday.)

This is not a comprehensive list.  It includes only the programs I had enough interest to research.  Programs like Texas, Oklahoma, Miami,, Iowa State, Pitt, and others were not a part of this snapshot, so the rankings are applicable only to those programs above.

Indiana under Tom Crean really didn’t mature as his program until the fourth season, and so the first three (plus Sampson’s final year) were struck to slot them 10th at 27.1.

The first year of the previous decade was 2008, so Sampson’s final year at Indiana is included in the 67.9 number, but the ranking that season was 29, so IU is helped statistically (not penalized) because of that unpleasant year.

During the period Crean has been able to claim ownership of the program’s successes and failures (2012-2017), the Hoosiers slot between Villanova and West Virginia.  Villanova has averaged a rank of #4 for the last four years as they have trended up, so the Mountaineers are a better comp.

Indiana is by no means a poor program, but they are much closer to West Virginia than to the blue bloods to which rabid Indiana fans claim as brothers.

Ken Pom numbers aren’t perfect, but they are a relevant objective measurement of the quality of a college basketball team.

Wisconsin and Purdue have better arguments among Big 10 programs for being near-elite than does Indiana, based upon Ken Pom rankings – even when IU’s score for the two years immediately following the grim Sampson era are forgiven.