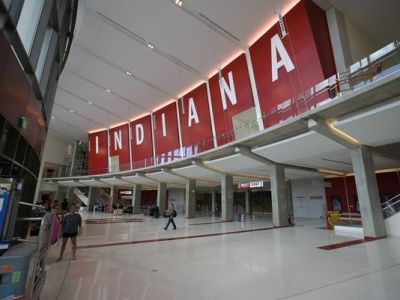 Is Indiana’s mediocrity this season because of injuries or incompetence?

Is it an inability to recruit Indiana high school stars or an inability of current players to invest in the process?

All good questions that can be debated with the same set of facts applied through different prisms.

What cannot be debated are the records of Big Ten coaches who have been in their positions over the past six years or more years, and how Crean ranks among them.

There are eight of those coaches (including Wisconsin with both Bo Ryan and Greg Gard – Ryan resigned and Gard took over, so they receive special dispensation).  We include Mark Turgeon of Maryland because he’s led the Terps for more than six years despite Maryland being a member of the Big 10 for just three seasons.

We restrict the comparison to the Big 10 records because programs play a differing level of competition doing the non-conference and postseason, so this is the best way to make an apple to apple comparison.

Here are the eight coaches/programs ranked by Big 10 winning percentage over the last six seasons:

Okay, so Crean ranks sixth among the seven Big 10 coaches/programs that have not flipped leadership since 2011.

It’s interesting to note that if Indiana loses tonight at Purdue, Crean’s winning percentage will be  57.9%, and he will be in a virtual tie with Davis.

The extrapolation of the Knight vs. Davis vs. Crean comparison is that it may not matter a damn who the coach at Indiana is.  Indiana’s Big 10 success through those six year runs that comprise 18 of the last 23 seasons is almost precisely equal.

Whatever the arguments about style, recruiting, and other subjective metrics, there is no arguing wins and losses.

Crean’s Indiana ranks in the middle of the Big 10 – just as it has for the last 23 years.

12 thoughts on “Indiana Basketball – How does Tom Crean measure up in Big 10 & among past IU coaches?”