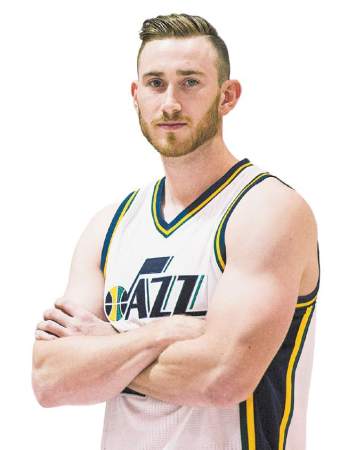 Gordon Hayward would have loved to stay in Salt lake City, but there is no chance to win a championship there. Don’t blame Hayward for the rigged game.

Who can blame him?  Chasing a trophy in Salt Lake City is a fool’s errand.  Hayward knew it, so he’s heading east in the hopes that LeBron can’t get to an eighth straight Eastern Conference Finals.

Even John Stockton and Karl Malone – two of the greatest players in NBA history – couldn’t bring a title to Utah, and Hayward is neither Stockton nor Malone.

Paul George announced he would leave Indianapolis a year before he was eligible to become a free agent, so he was dealt to Oklahoma City – an outpost too similar to Indy for him to stay a year from now when his hometown Los Angeles Lakers make their pitch.

The NBA Draft exists as a device to provide small market franchises an opportunity to compete with those in New York, Los Angeles, Boston, and Chicago.  Free agency and a soft salary cap encourages the opposite, and the NBA suffers – or at least the fans in those smaller cities suffer.

Because the NFL has a hard cap, teams in Indy, Denver, Kansas City, Cincinnati, and Buffalo have a chance to attend a championship parade.  The latter three were unable to hold onto NBA franchises that called their towns home, while the first two have combined to participate in one NBA Finals in 82 seasons of existence.

The NBA game is rigged unless a team is fortunate enough to draft a generational player, like the Cavs hit the jackpot with LeBron James.  Of course, James bolted Cleveland spurning fans in his home region before returning home to great cheers.

Hayward did nothing wrong.  George was tone deaf in the delivery of his message that he would prefer to play for the Lakers, but is within his rights to choose his employer in 2018.  James may decide that his work in Cleveland is done after next season, and he may join George in rebooting the moribund Lakers.

Global popularity is becoming more important to the NBA, and as a result local fans have become the problem of the individual front offices.

The deck is stacked, and that isn’t the fault of the 27-year-old Hayward.  The NBA has created a monster that pulls players to super teams, or mandate they retire without a reasonable chance to win a championship.

And so Hayward goes to Boston, where winning is possible in a way it is not in Utah.

That sucks for Utah, but works great for the NBA.