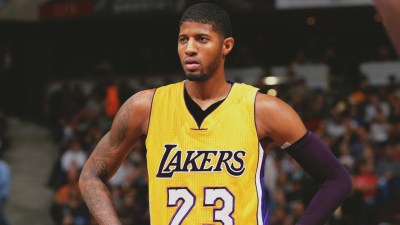 If the NBA values justice, what is depicted in this image will never become reality.

Did the Los Angeles Lakers communicate with Paul George or his agent Aaron Mintz in a way that measures up to the NBA’s standard for tampering?

I have no idea, but the Pacers believe so.

Here is what we do know:

My hope is that the NBA connects enough dots to conclude that the Lakers tampered and that part of the punishment is that they are prohibited from signing the all-star forward.

At some point, self-important brands who play basketball need the world to rise up and recalibrate their way-too-generous self-immersion, and maybe that moment has come for George.

It’s not that I dislike George or resent his desire to play for his hometown team.  I don’t.  He’s a nice guy, who through surrounding himself with yes-men has come to the conclusion that he belongs among elite company and has acceded to a position of incredible global importance because he is good at basketball.

Justice occasionally demands a recalibration of priorities, and I hope that the best laid and possible illegal plans of the Lakers and George have opened a window far enough to allow for one.

Rules don’t count for self-important professional athletes very often, but every once in awhile a ruling is issued that reminds sports franchises they are businesses and that stars are human beings first and brands second.

Hopefully, this is one of those times.