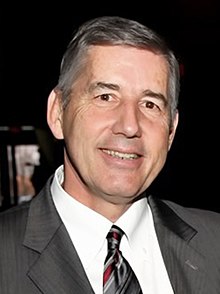 College athletes should be allowed to transfer without penalty, but only at the end of a semester and season.

If a student-athlete believes his or her needs are better served elsewhere regardless of rationale, there should be no impediment toward studying and competing at that university.  I believe that because collegiate athletics should exist solely for the benefit of the student-athlete.

Programs do not exist for the glory of coaches, financial gain of the universities, conferences, or NCAA, or the enjoyment of fans and boosters.  All legislation should be geared toward the benefit of the student-athlete.

Big 12 commissioner Bob Bowlsby disagrees.  He told ESPN yesterday he wants all student-athletes regardless of sport to sit out a year as a disincentive if they choose to transfer, “You’d still have transfers, but you’d have transfers that are less purely for athletic reasons and I think it would be more difficult to transfer.

“People would think hard about whether they wanted to transfer if they had to sit out a year. They would think about whether or not they were planning to graduate and, in doing so, get their year back. I think it would cause them to think more about their initial choice of schools at the outset. I think all those are good things.”

Punishing student-athletes in in order to protect them from their own bad decisions is the root of authoritarianism, and like all Americans, I don’t care for authoritarianism.

Add the occasional practice of players being asked to transfer by coaches who make mistakes in who they choose to recruit, and Bowlsby’s idea becomes hideous.  Delaying eligibility as a  penalty for those who had no choice in their eviction from the program represents the kind of boorish leadership that has caused the NCAA to be sued many times over the last decade.

Bowlsby’s comments are typical of the administrative philosophy that has long been pervasive in collegiate athletics.  Control is coveted, and the easiest way to control student-athletes is to punish unwanted behavior.

The more difficult process by which transferring could be substantially reduced would be to encourage coaches to be honest and transparent during the recruiting process, and provide an atmosphere that student-athletes would choose not to leave.

I know the concept of baring some responsibility for the student-athlete behavior they are trying to curb is hard for administrators and coaches to wrap their arms around, but in some cases it’s entirely appropriate.

Sometimes student-athletes transfer because letting go of an NFL/NBA/MLB/NHL dream is tough.  Sometimes a school might be a bad fit.  Sometimes a coach did a poor job of deciding to offer a scholarship to a kid unable to meet the academic or athletic rigors of a school.  Sometimes mom or dad gets sick.

To adopt Bowlsby’s jack-booted ideology of punishment under all circumstances is to agree that exceptions are for wimps, and that all transfers are disruptive to student-athletes and programs.

Bowlsby should stick to what he’s good at, making the Big 12 the conference that will be picked apart by the Big 10, SEC, and Pac 12 as the college the Big Five become the Bog Four.