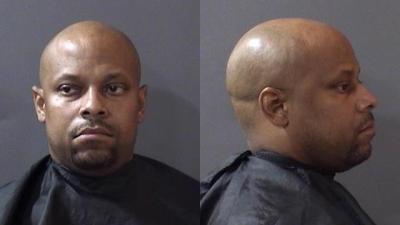 The unfortunate end of a too long night – and too short career.

Gardner has resigned as the men’s basketball coach at IUPUI.  That is not a good thing for IUPUI or Jason, but it is appropriate.

According to a police report, Gardner fell asleep behind the wheel of his car at a Fishers (IN) intersection while drunk Sunday morning at 4:30.  There’s a lot wrong there to unpack.

Driving drunk is incredibly irresponsible and reflects dangerously bad judgement.  The alternatives are inexpensive and convenient.  Uber and Lyft come to mind as great alternatives to getting behind the wheel after drinking.

And being out at 4:30 a.m. is ridiculous.  All of our dads told us “Nothing good happens after midnight.”  I’ll bet Gardner has told his players that very thing.  The problem is a lot of good things happen before midnight, and people always believe they will continue.

My guess is Gardner was playing cards with friends.  Regardless of your position in a card game, continuing to win or reversing fortunes after being down always seems like a great idea.  Then, all of a sudden it’s 4:30 a.m.  The reason for being out at 4:30 doesn’t excuse Gardner – or even matter – but that’s how bad decisions are made – one more hand, one more drink, one more whatever.

Gardner is a great guy and a good coach, so this story stings for IUPUI in both personal and professional ways.  He’s done a nice job in his five years leading the Jaguars. The 64-93 overall record isn’t gaudy, but his Jaguars moved from the Summit League to the Horizon League in 2017 – a step up in class – and they continued to improve.

He recruited as well as possible to a program like IUPUI, sought the right transfers, and kept the Jaguars competitive during tough non-conference tests.

Maybe Gardner’s serious lapse of judgment will be the source of the last lesson he teaches his players.  A lifetime of doing the right thing and the trust that comes with it can be undone in a single moment of irresponsibility.

That’s one big lesson, and here’s another one – Irresponsibility happens in bulk after four in the morning.