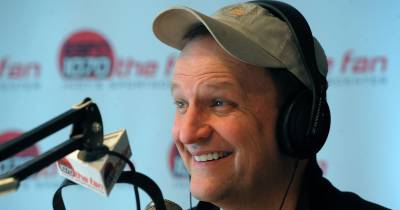 Indiana sportstalk radio will be a lot less interesting this week with Dan suspended.

There are people who are celebrating Dan Dakich’s five-day suspension as a valid consequence for the behavior of a guy who irritates them – and they are misguided.

Dan is the best thing to happen to Indiana sports media since Mayflower trucks rolled into town carrying all of the worldly belongings of the Indianapolis Colts.

In a town filled with nice and polite people – not that there is anything wrong with that – Dan tells the truth regardless of how people feel about it.  He has enough respect for listeners to be honest with them, and the small sliver of listeners who are repelled by Dan should instead be thrilled with his unvarnished insight.

If you are irritated by Dan, you should understand that irritation can be a very good thing for people.

Dan challenges callers, listeners, friends, and family.  That’s what he does.  That’s who he is.  For people who listen to Dan rather than reflexively disagree, they embrace his unique takes.

The moment I realized Dan was different in a great way was during game seven of the NLCS between the Cubs and Marlins at Wrigley Field.  Juan Pierre led off the game with a triple, and Pudge Rodiguez came to the plate with one out.  Dan leaned over and said, “Boys, I don’t know art and I don’t know music, but I know sports and Kerry Wood needs to hit Rodriguez with a fastball.”

I looked at him like he was nuts.  Willingly putting another runner on base in the top of the first seemed crazy.

“Pudge is hotter than hell.  He’s going to get on anyway, so send a message to Miguel Cabrera.  Put some fear into the 20-year-old,” Dan said.

Wood wound up walking Pudge, and Cabrera hit a 1-2 pitch into the bleachers for a three-run homer.  I looked at Dan, and he repeated, “Boys, I don’t know art and I don’t know music, but I know sports.”  The Cubs lost 9-6.

I’m not saying Dan was right.  Baseball people would give him the same look I did, but what he said was sure as hell different and interesting, and Cabrera’s dinger made his point seem a lot less crazy.

A life immersed in sports has made Dan insightful, and his fearlessness makes him dramatic.  An intolerance for tedium makes his show unpredictable.

When Dan coached at Bowling Green, he hosted Falcon Basketball with Dan Dakich.  As you might guess, this was a show about his Falcons.  I didn’t care about Bowling Green hoops, but I rarely missed the show.  Dan is a friend, so I wanted to see his work, but the real reason I watched was that Dan always made the show fun.  It was not the typical coach’s show because Dan was a atypical coach.

During one show, Dan told his amiable but disposable co-host that he was not needed.  Dan decided the questions he would ask himself would be more interesting that those asked by the co-host, so Dan asked Dan questions.  The segment was funny and more interesting than the typical Q&A with the broadcaster guy.

That’s why Dan’s radio show is as popular and polarizing as it is.  There are people who embrace Dan’s allergy to boredom, and there are others who see Dan dismissing the broadcaster as unfair and mean-spirited.  They feel the same way about the callers Dan goes after when they are either wrong or boring.

Dan understands that life is short.  In 100 years no one is going to remember any of us, so why not have some fun telling an interesting version of the truth?

A lot of people will spend some idle moments trying to figure out what Dan did to earn this suspension.  I’m going to spend my energy embracing the opportunity we will have to hear him not bore us when he’s back next Monday.

5 thoughts on “Until Dan Dakich returns next Monday, let’s hope his fill-ins share his aversion to boring us”