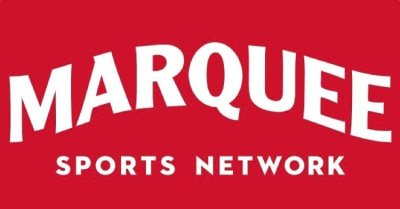 Who can and can’t watch Cubs baseball?  No one knows.

Fans thought that signing up for DirecTV or Hulu+ would allow then to catch Saturday’s spring training opener.  For a variety of reasons, that didn’t happen for any of the Hulu+ subscribers and some of the DirecTV folks.

Marquee still has no deal with YouTube TV, Dish and Comcast, so the majority of Cubs fans within the team’s local territory couldn’t see its programming – regardless of its quality.

This is what happens when sports franchises get into broadcasting.  Even with the Cubs partnership with Sinclair, the runway to launch has been bumpy.  Hires did not include Chicago favorites Dave Kaplan, Kelly Crull or Luke Stuckmeyer.  Instead they contracted with a guy from the NFL Network and a field reporter who worked for the Rockies.

Negotiations with carriers have been predictably slow, and delivery has been sketchy.

Chicago, like most cities, is very proud of its own.  Chicagoans don’t like change, and the Marquee Network has foisted a lot of change upon fans in the effort to maximize profits.  Cubs owner Tom Ricketts is big on profit.

Ricketts continues to charge fans top dollar for every aspect of Cubs fandom.  Tickets are among the most expensive in baseball.  Concessions are among the most expensive in baseball.  Watching games on TV used to be free.  Not anymore as Ricketts has moved games from free TV to the network he now owns.  He’s refurbished Wrigley Field – the Cubs most important asset – and talks about it as though it was done as a public service rather than an investment.

Cubs baseball used to be quaint.  The team was owned by the Wrigley Family.  Ticket prices remained static for decades.  Now, it’s big business for Ricketts, who is forcing generational fans to weigh their love for the team as an expense in the family budget,.

Instead of embracing fans as an important part of what makes the Cubs special, Ricketts and henchman Crane Kenney view them only through the prism of how much cash they can extract  before finally pushing them to find something else to do with their money, time, and attachment to the team.

What Cubs ownership has done is unique in sports.  Ricketts’ ravenous thirst for cash has driven fans into the odd position of loving their team while loathing its owner.  They root for the Cubs to win while hoping Ricketts loses money so he’ll sell to someone with a more holistic approach to ownership.

The Cubs Convention perfectly demonstrated this conflict.  Fans paid Ricketts $25 for the privilege of attending, and then roundly booed him during his annual appearance.  That’s the definition of an ironic spectacle.

No one is so naive they expect team owners to avoid financial windfalls, but profit as the singular measure of success insults the intelligence of fans.  Once fans are insulted, they invest their emotions – and cash – elsewhere.

These are strange days for the Chicago National League Ballclub.

Love the Cubs.  Loathe Ricketts.  Where does that leave the Marquee Network?