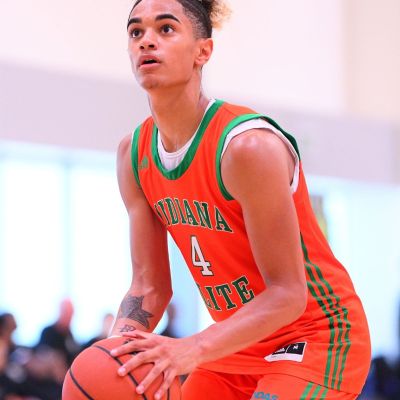 Khristian Lander is coming to Indiana one year earlier than planned.

Khristian Lander is re-classing from 2021 to 2020, which means the recruit who was set to be Archie Miller’s jewel of the 2021 recruiting class will be a freshman for the upcoming season.

It’s none of my business really, and I cannot rationally explain my interest in this young man’s decision, but I would like to know why he slid his collegiate career forward by one year.  I mean, what’s the hurry, Murray?

I worry about people who are in such a rush to get to adulthood that they miss adolescence – you know that awkward stage between childhood and adulthood where you learn where life’s boundaries are.  Going straight from kid to man can be problematic – especially for athletes who are subjected to the kind of pampering that comes with being a basketball player at IU.

If Lander’s decision is money-based, I understand it.  If he’s worried about Coronavirus eradicating his senior season at Evansville Reitz, I get that too.  If he sees this coming year – likely IU’s last with Trayce Jackson-Davis – as a chance to be a part of something special, there’s nothing wrong with that.

I’m not judging.  I’m just curious because I’m a human being who’s been in a hurry too, and I want him to enjoy the experiences he seems intent upon sprinting past or leaping over.  Life is short enough without skipping steps and rites of passage.

Maybe it’s Lander’s family who wants the cash that might await him in the NBA.  Maybe not.  I don’t know his family, but chasing cash is just as silly as treating your 18th year as an inconvenience.

When I see Lander re-classing, I think of what I wrote seven years ago about Noah Vonleh, who did the same thing to get to Indiana a year early in 2013.  Vonleh is still only 24-years-old and has earned $15-million playing for six different teams in six years after one season at Indiana.

Maybe Vonleh would have torn his ACL during his senior year in high school or additional seasons in Bloomington and sacrificed his chance to earn what he has.  But it is also true that if Vonleh had stuck around in high school or IU, he might have developed a little bit differently both on court and off, and would be valuable enough to not be quite so well travelled.

Again, I don’t know the right answer for specific individuals like Lander, but I hope his choice is proven the correct one.  Hell, Vonleh has earned more money before turning 25 than 99.8% of Americans will earn in their lifetimes, so if it’s about money – Vonleh wins.

But there is more to life than money as a worthy goal in life.

I wish Lander well and hope he finds what he seeks.  I also wish for him the wisdom to slow down from time to time, appreciate the scenery of his own journey, and get where he wants to go anyway.