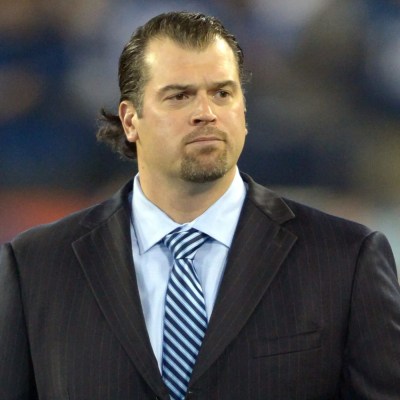 Upon further review, Ryan Grigson is not the worst general manager in the history of the NFL. Far from it.

Like all sports loving Hoosiers, I spend my time in the car between noon and three listening to Dan Dakich on 1070 the Fan, and he has long been a staunch defender of Ryan Grigson’s record as the general manager of the Indianapolis Colts.

Dan has carved out an island of his very own where it comes to Grigson’s legacy, so it’s time to try to figure out exactly how good or bad Grigson was – or at least approximate the value of his moves during his five years running the show on West 56th Street.

Before you scan the numbers, I decided to use pro-football-reference’s Approximate Value as the primary statistic to compare players, drafts, and free agent signings because it is used to grade all positions and the number is easy to find on a website I use often.

Grigson conducted five drafts for the Colts from 2012 to 2016.  Approximate Value points for each Colts draftee is in parentheses after their name.  The total for each draft class is shown after the year.  Let’s look at them as collections of individuals (players still with the Colts are in bold):

I’ve attached the approximate value totals for each draft following the year, but I don’t believe that to be of great importance.  I don’t care how many single digit guys you draft as long as you hit some big numbers.  The line of demarkation for me is 25.  If a player reaches an AV of 25, he was a serious contributor.

For context, former Colts GM Bill Polian drafted 28 players who hit the 25 threshold during his 14 drafts. My basic math skills tells me he average two per draft.  Grigson drafted a total of four of those difference makers – three being among his first four selections in the 2012 Draft.

As for the other 31 teams, only the San Francisco 49ers drafted as few as four players with AVs of 25 or more during those five seasons.  Eight teams drafted 10 or more players that reached that level of value.  Some of the successful teams by this metric won a lot of games – Chiefs, Ravens, Packers and Rams.  Some of the others, not so much.  Those are the Bucs, Lions, Bears, and Cowboys.

Let’s talk about free agents (this is an incomplete list hitting some highlights and lowlights):

The Good – Frank Gore was a breath of fresh air in the locker room and on the field.  Great guy, and great running back is still churning.

Safety Mike Adams was signed late during the 2014 offseason as older safeties often are.  He was cheap, reliable, and a very good guy.

D’Qwell Jackson and Jerrell Freeman were both good finds for Grigson at linebacker.  Jackson was a leader in the locker room who lost a step late in his run here.  Freeman came from the CFL to play well for the Colts before signing with the Bears and flaming out.

Slot corner Darius Butler was claimed off the scrap heap after being waived after camp by the Panthers and made Indy his home fore six seasons.

Grigson signed tight end Jack Doyle after he was waived by the Titans immediately prior to the 2013 season.

The Bad – Wide receiver Andre Johnson was as done as everyone felt he might be when signed prior to the 2015 season.  At the age of 34, Johnson pulled down only 41 of 77 targets for just over 500 years.

DT Arthur Jones was signed to a five-years/$33M deal for very little time on the field and even less production.

Donald Thomas was signed to be a road grating left guard.  Played two games after a quad tear that recurred the following training camp.

Gosder Cherilus became another offensive lineman who made it through only two seasons of the five he signed for.

Safety LaRon Landry crapped out after signing a four-years/$24M deal.

It bears mention that the free agent deals for Jones, Landry, Chjerilus and others did not guarantee the entire amount of what they signed for.  Some money was guaranteed – and some not.

There were a few trades.  Most notable were the deals that sent Jerry Hughes to the Bills for Kelvin Sheppard, who played one OK season for the Colts, and acquiring cornerback Vontae Davis in exchange for a second round pick.

Given that Davis compiled 35 approximate value points in his six seasons with the Colts, Grigson should earn an extra check for using a draft pick to gain a player with a 25+ AV score.

Let’s talk about the big trade many cite as a reason the Colts were run by some kind of idiot:  Grigson traded the Colts first round pick (26th) in 2014 for running back Trent Richardson.  At the time, the trade looked reasonable because the 2014 draft looked to be mediocre to poor after the shelf midway through the first round.  Looking back, those experts were right.  While Richardson was a hungry bust, it was likely anyone taken at 26 would have been an equal or bigger bust.  None of the eight players taken 26-33 has made an impact for the team that drafted them.

Here are some facts about the Colts from 2012-2016: those five teams totaled 49 wins and 31 losses.  There are a lot of GMs working in the NFL today that envy a record 18 games over .500.  Three of his teams went to the playoffs, and he was an NFL Executive of the Year once.  He never assembled a team that posted a losing record.

It was a huge positive for Grigson that his first pick was a quarterback like Andrew Luck, rather than a stiff like Sam Bradford, who was taken first overall by the Rams two years earlier.  Luck covered a lot of roster acne, but are we supposed to debit Grigson’s account because of his timing?

I started writing this post believing that in the end I would say Dan overstates Grigson’s case because he has empathy for the guy.  Grigson had the balls to run a team, did his best, and never lost.  People who have run an operation tend to have great empathy for those like them – and rightly so.  Dan ran Bowling Green Basketball for 10 years.  Running a business, department, or team is lonely, and kicking a guy once he’s out the door is classless.  People who have been in that position are loathe to do that.

Grigson was not polished with the media, and his last four drafts were not anything to write home about.  But he was not nearly the train wreck as a GM that some portray him to be.  In some ways, Dan is right.  In other ways, Dan is empathetic.

One specific way Dan is right is that kicking Grigson around like some boob who had no business in the Colts Complex is not supported by the facts.  After his final four drafts, the timing appeared good for a change, but Grigson’s five seasons left a pretty damn solid legacy of winning football.

2 thoughts on “Upon further review, former Colts GM Ryan Grigson was not nearly the tool some believe”