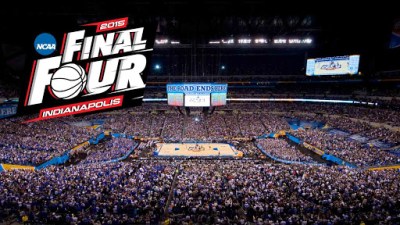 If no city hosts huge events better, why not trust Indianapolis to be the home of the entire NCAA Tourney every year?

Regardless of the need to play the NCAA Tournament in a bubblicious atmosphere due to COVID concerns, bringing the entire event to Indiana is a great move.

Scattered site hosting of sub-regionals, regionals, and the Final Four has always bee weird.  Indiana goes to Boise while Michigan State travels to Spokane and Gonzaga flies to Buffalo has always been screwy.  Who in Buffalo and Boise gives a damn about college basketball, and why are programs strewn all over the place where fans have to make difficult and expensive travel arrangements to follow their teams?

If the entire event is in one city, fans can get a jump on cheap fares for scarce flights months in advance.  And in Indiana, arenas are going to sell out regardless of who plays because people here treat college hoops like a major league sport – not some niche holding pen for future NBA talent.

It took COVID for the NCAA to see the logic in a single site tournament, but it shouldn’t take another pandemic for the big brains who run things there to understand that this is simply a better answer for an event that derives no benefit from flying people 3,000+ miles to play basketball.

Here are the top 10 reasons Indianapolis in a perfect permanent site for the entire NCAA Tournament:

7 – Fans at blue blood programs can book flights to Indy in December and save a bunch of cash.  With first round games being announced on Selection Sunday then played Thursday, getting a flight can be difficult and expensive.  Not if the entire tournament is in Indy, it won’t be!  This isn’t a fix specific to Indy, but an argument to put the whole thing someplace specific.

6 – In Indy, March Madness is a huge deal.  College Basketball is a major league sport in Indianapolis.  In other cities, it’s rear of the sports section filler.  People here revere opportunities to host regionals and Final Fours, treat participants with generosity and respect, and head downtown without a ticket just to be a part of the vibe.  Student-athletes deserve to be in the middle of crowd that appreciates them rather than in the middle of Chicago, New York, and L.A. where natives gawk and ask why tall men in sweatpants are walking down the street.

5 – World class facilities.  One of the conditions Indy needed to meet in its effort to host the entire 2021 tournament was provide great arenas and practice facilities within a tight proximity of downtown.  No problem!  Within six miles of Monument Circle in the middle of Indianapolis, Lucas Oil Stadium, Bankers Life Fieldhouse, Hinkle Fieldhouse, and Indiana Farmer’s Coliseum are ready for teams and fans.  Granted the Coliseum only holds 6,500 fans, but that’s enough for a regional if not a regional final.

4 – NCAA saves on travel and hotel rooms.  Instead of flying big wigs like NCAA president Tom Emmert to major cities to stay in expensive hotel suites, the NCAA staff can stay in their homes, commute to events, and funnel the savings to universities where the money can be spent on college students.  That’s supposed to be the point, right?

3 – Easy in, easy out.  Go ahead, fly to Chicago’s O’Hare Airport, New York’s La Guardia, or LAX.  Then see if you can get to your hotel in less time than it took you to fly there.  Indy’s downtown hotels are exactly 15 minutes from the airport – always – and cab/uber fare is about $10.  Bob Knight’s famous quote about basketball (and life) is “Don’t complicate winning.”  OK.  How about “Don’t complicate travel.”  Indy is as uncomplicated as it gets.

2 – Indy is a perfect walking town.  To get from many hotels to Lucas Oil Stadium, fans never need to walk outdoors.  All hotels are a five minute walk from almost anywhere fans, players, media, and coaches might want to go, including Bankers Life Fieldhouse and Lucas Oil Stadium.  Everything is easy in Indy – and easy equals inexpensive.

1 – No city hosts a huge event as well as Indianapolis.  From the Super Bowl to the Final Four to the Indy 500 (the largest single day sporting event in the history of the world with more than 300,000 attendees), Indy has figured out how to wrangle transit, feed, house, and smile at tens of thousands of fans, and deploy volunteers to make it easy.  Visitors are made to feel at home here rather than chastised and insulted as happens in other places where I have attended Final Fours (Seattle was downright hostile).

If Indy does it best – and we do – we should be allowed do it always!