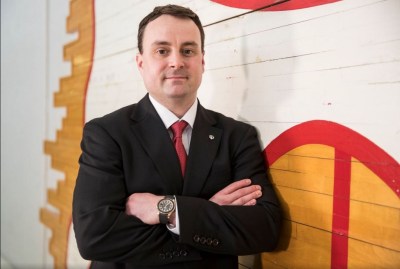 “The reward for hard work is more work.”

Every adult drawing breath figures out the wonder of hard work eventually.  Most children adopt that wisdom through failures that come because of a lack of effort.  Many adults migrate to that understanding as they become responsible for a spouse and children.  Some sad souls never get it.

That is what is so perplexing and aggravating about Indiana Basketball.  The opportunity is there each year for a roster to embrace a compulsion to work really hard – to give everything to reach their potential – but the Hoosiers routinely decide comfort trumps diligence.

Coaches try to poke, prod, love, cajole, and bully student-athletes into the discomfort necessary to test their will and reach into a reserve of physical and psychological effort where wins and championships are earned.

College students who compete in athletics believe they earned their way onto their team because of talent.  What they eventually learn is that talent is not enough because each team they compete against has similarly talented athletes.  The point of differentiation is the willingness to embrace hard work as the most important point of differentiation in their sport – whatever it is.

For the truly lucky among the devoted workers, victories and trophies follow.  That’s lucky because as they hold trophies, the reality sets in that the trophy is a hunk of metal.  The true reward is the ability to experience the pain of euphoric exhaustion.

Explaining that to someone who has yet to learn it is like speaking Klingon to a Rottweiler.  Indiana fans who have tasted the spiritual fruits of tireless work, watch Indiana’s Basketball team and cringe.  Every game is filled with moments of effortless ineptitude that reveal their utter contempt for the quote at the top of this post.

It used to be a requirement of Indiana Basketball that they accept extreme tenacity as a part of their four-year excursion through the last stage of adolescence and toward adulthood.  Demands for digging deep to sprint through additional reps have become requests, and the result is wild inconsistence.  The culture of toughness enforced by teammates who have already embraced paying that price for success has evolved into comfort and happiness tolerated by adults who know better.

That’s infuriating to anyone who loved the Hoosiers when they stood for something different; and for those who wore that uniform, it is especially galling.

Coaching is not about Xs and Os.  Tactics will only take a team so far.  It’s about pushing the buttons necessary to compel extreme effort, communication, and cooperation from players.  It’s about making players’ sacrifices a compulsion, not just a requirement.  It’s about being about to recognize the potential for withering hard work in high school kids.

If Archie Miller understands this, there is no evidence to support it.  Indiana’s wild fluctuations in effort from possession to possession reveal a coach either afraid or unwilling to ask for perfection from his team.  As a result, they are incapable of touching excellence, to paraphrase Vince Lombardi – the bellwether for excellence in leadership.

So Indiana founders along, unable to unlock their potential because their coach is unwilling to force them to find the key.  That is a failure of leadership, and it should be beneath the standards required of Indiana Basketball’s coach.

The powers that be at Indiana will not replace Miller because to do that, they would need to aspire to something better than he has provided.  Indiana will continue to appear to be close enough to a tipping point in results to placate those who don’t know the difference between good and great – or even mediocre and good.

There used to be a time when what Indiana Basketball is wasn’t good enough, but no one currently at Indiana University remembers what that was like.  They don’t know how good it was for everyone, especially the young men who became productive adults because of it.

4 thoughts on “If consistent hard work is Archie Miller’s goal for Indiana Basketball, he has failed as coach”