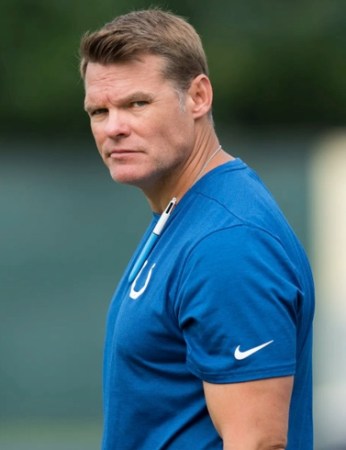 As sure as Ballard likes a four-color pen clipped to his collar, he will always do the honorable thing.

Be honorable.  That’s the only choice for Colts general manager Chris Ballard, and it’s the choice he will make.

It can be argued that Ballard’s roster is imperfect, building from the inside out has left the Colts wanting on the exterior of both his offense and defense, and that his care in the quality of men he invite to be Colts has left the team with less dynamism.  But Ballard is beyond reproach as an honorable and honest man.

Colts fans scream that Ballard is an addlepated idiot for allowing quarterback Carson Wentz reach the threshold of snaps taken that will kick what is currently a second round pick sent to the Philadelphia Eagles into the first round.

See, the deal Ballard made with the Eagles was designed to protect the Colts if the oft-injured Wentz missed a quarter of the season.  If Wentz fails to take 75% of the Colts snaps this season, a second-rounder goes to Philly.  If he takes 75% or more, the Colts first round pick belongs to the Eagles.  If the Colts earn a spot in the playoffs, that threshold drops to 70%.  That clause is moot because current backup Brett Hundley is unlikely in the extreme to lead the Colts to wins should Wentz go down.

So far, so good for the Eagles.  The Colts are 1-4, which bumps the Colts draft position up the board, AND Wentz has taken all but five of the Colts offensive snaps.  Despite the 1-4 start, the Colts still have a 40% chance to make the playoffs, according to the big brains at fivethirtyeight.com.  As long as they retain a reasonable path to the postseason, the decision to play Wentz is easy.

If they lose one or more of the games they should win – say the game against the Texans this Sunday, the calculus will change and fans will become nervous about a potential top 10 pick landing in the Eagles lap when Ballard has it in his power to hold onto it through sitting a healthy Wentz for 25.1% of the Colts snaps.

I respond to comments on my YouTube Channel everyday yelling for Ballard to pull the plug on Wentz to avoid the upgrade for the Eagles.  They are adamant.  “Ballard should be fired for allowing the 2nd to become a 1st!” they write.  “We need a GM who will do what it takes to win a championship!”  That’s one of dozens.

Despite the noise, Ballard will not do it.  He may cite a variety of practical reasons, like how 31 other GMs and their successors would never trust him again, and how the locker room would view pulling Wentz as the ultimate hypocrisy – an utter surrender while demanding the rest of the roster competes.  He might also say, “Mr. Irsay would never allow it.”

But there is only one reason not to sit Wentz.  It isn’t right.  We don’t talk much about what is right and what is wrong anymore.  The pragmatics of life have corrupted our ability to evaluate right and wrong, but if a man agrees to a deal he is bound to follow through on it in both letter and spirit.  That’s Ballard’s ethos, and he will stick to it.  You may embrace the notion that the terms of the trade are Eagles GM Howie Roseman’s problem.  “Let the buyer beware!” you shout.

But calling Ballard a fool for sticking to his word shows a failing in the collective conscience and morality of those fans who subscribe to that notion.

It takes a lifetime to build and validate trust, but a single act to corrupt it forever.  Ballard will not allow the Wentz trade destroy the trust of others – or his own self-respect.

Winning a Super Bowl is wonderful – as any Colts fan who was around in 2007 can tell you.  But all that joy, the parade, the banners, and the Lombardi Trophy are not worth deceit – especially at this level with such outrageous transparency.  Ballard will not shame himself and the Colts by pulling a fast one on the Eagles.

They say all’s fair in love and war.  Well, if it takes a dereliction of decency and honor to win at either, they aren’t worth the fight.