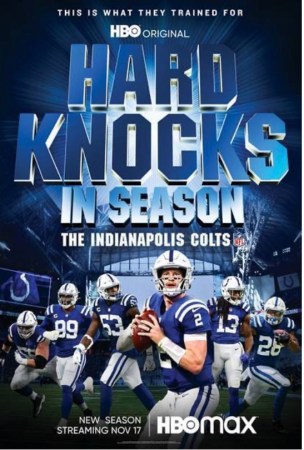 Allowing television cameras where people work is always a dicey proposition.  People working there rarely shine compared to the images created by our imaginations.

HBO and the NFL have partnered on a behind the scenes look at pro-football training camps for a number of years.  The annual ritual of watching Hard Knocks goes like this.  Fans watch.  Fans wince and laugh.  Players get cut.  Coaches and GMs get fired.

I remember watching Cleveland Browns general manager John Dorsey call coach Hue Jackson and a couple of other guys in for a group hug in his office.  I told my wife, Jackson would soon be fired, and Dorsey would follow not long after.  The lesson?  Never hug your boss – EVER!  And never hug your staff – it’s creepy.

I remember watching Miami Dolphins coach Joe Philbin awkwardly try to project what he believed leadership looked like.  I knew he was a goner.  Almost every coach is going to get fired eventually, but football separates leaders from the non-leaders very quickly, and Philbin was sure as hell not a leader.

When it was the Atlanta Falcons turn, I shuddered when I watched our old neighbor Brian Wozniak get cut.  He had a nice career as a blocking tight end at Wisconsin after spending part of his childhood around the corner from our house leading with his head as he de-cleated kids three years his senior.  I hated to watch Brian’s NFL dream end on national television.

It was more than a little grotesque and fascinating to watch then Raiders wide receiver Antonio Brown destroy his feet with cryotherapy.  He was also more than happy to allow us inside his very quirky life.

Until now, the televised circus had been restricted to training camp.  Not anymore.  On November 17th, HBO will debut the first no-holds-barred look at a regular season operation – Hard Knocks – In Season.  And it will feature your Indianapolis Colts.  On its face, this seems like a terrible idea.

What will this look like?  Hopefully, not football’s version of The Office with Frank Reich in the Michael Scott role and Carson Wentz as Dwight Schrute.  I want to see a well-oiled machine preparing for opponents as the Colts try to re-emerge as a threat to sneak their way into the playoffs.

In the hopes that someone in a position of power within the Colts organization reads this and can author a preemptive memo in advance of the film crew showing up, here are four things I absolutely do not want to see during Hard Knocks – In-Season:

Anything else is fair game, I suppose.  Whatever happens, Colts fans everywhere will be watching, hoping to find reasons for wins and losses.  There is an extreme danger to this kind of transparency.  The reasons for wins tend to only fleetingly be recognized, while the inferred causes for losing tend to stick, and can cause rapid career change.

Let’s hope for a lot of wins, little drama, and no nudity.