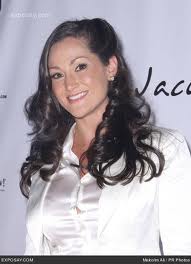 The media is a fickle mistress.  Sometimes through no fault of the employee, they are told to stay home tomorrow – and the day after that, and on and on.

It’s silly.  It’s subjective.  And it should always be totally expected because as certain as are death and taxes, so is being told you are no longer welcome at the media outlet where you hang your hat.  It might take 20 days, and it might take 20 years, but that day came yesterday for Stacy Paetz.

My only interaction with Paetz came at a Pacers golf outing.  The Pacers or the Brickyard Crossing (where the outing was played) decided to have only one long drive hole for the men and women.  On this hole the women got roughly a 120 yard advantage.  Despite striping a bomb right into the skinny throat just short of the green, Paetz outdrove me by four yards and claimed whatever the prize was.

That was wrong, although I can hardly blame Paetz.  She benefitted from a jacked-up set of rules, and perhaps I was wrong to yell “CHEATER!” at the award dinner.  The people I know who know her say that not only is Paetz not a cheater, she a very nice woman and a professional.

The thing that sucks about the media is that someone can do his or her job perfectly in every way and still be fired.  I don’t know whether Paetz was fired for cause or told to beat it because the time had simply come, but that time comes for us all.

Tastes change, goals change, and frankly a little change is good for a broadcast every once in a while.

Talent can battle those realities in one very meaningful way – build your brand.  The value of a media personality is not in the quality their work, but in the value of their image in the market.  There are plenty of sub-par broadcasters out there who keep their jobs because people know and like them.  And there are great hosts on the unemployment line because they believe Facebook and Twitter are a joke.  Gladhanding and getting to know media consumers can be painful for shy and reserved personalities.

They need to judge what level of pain they would rather bear – the pain of being gracious and friendly, or the pain of a long stint on the unemployment line.  Building a coterie of friends through being nice and networking won’t keep the ax from falling, but it will hasten the speed with which the phone rings.

Paetz always seemed like a friendly sort, and has certainly built her brand outside the Pacers.  According to the bio still available on pacers.com, Paetz is on the Board of Advisors for Stedman Graham with Athletes Against Drugs, Fellowship of Christian Athletes, FTW, Just Say Know and Sheltering Wings.

Yesterday, Paetz tweeted, “Words can’t express…Thanks so much for your support! And I’m forever grateful to the Pacers and FS Indiana for a great opportunity.”  Obviously, she either totally gets the vagaries of media hiring and firing, or she is smart enough to avoid burning a bridge.

It’s not whether you will hear, “This is going to be an unpleasant conversation.  Today is your last day with us,” it’s how you respond to it.  Adversity gives people like Stacy a chance to display their character.  It’s never welcome, but it doesn’t have to be a grim experience.

My two pieces of advice for Stacy – get up tomorrow and work hard at something, and the next time you play in a charity scramble, hit from the men’s tee on the long drive hole.

13 thoughts on “Stacy Paetz Out at Fox Sports Indiana”