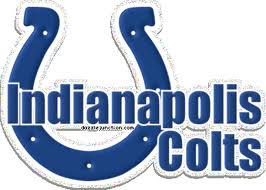 The toughest part of Colts coach Chuck Pagano’s job will be to manage the expectations of fans who incorrectly assess last year’s 11-5 record as just the beginning of things to come.

I’ve spent the last two weeks watching the Colts season on nfl.com’s Game Rewind feature (the best $25 I’ve ever spent), and the more I watched, the more amazed I was at the way the Colts won games.  They have areas of strength, and other spots where they have problems.  How much of the offensive firepower was due to the superior schemes of departed offensive coordinator/interim head coach Bruce Arians will be seen, but manpower also must be addressed, especially on the defensive side of the ball.

Andrew Luck is obviously the biggest standout offensively.  He is strong, poised, and mostly accurate.  His ability to evade the rush with his athleticism is the only thing that kept him alive through 16 games in 2012.  As I travelled with the St. Louis Rams, it was hard to follow as completely as I would have liked, but we saw highlights of Luck that showed some of his attributes.  This was one of the rare times that highlights did not do a player justice.

Many of Luck’s best plays didn’t make any highlight.  There were so many third-and-10s that he converted with his feet in and out of the pocket to deliver strikes to the ageless Reggie Wayne and rookie tight end Dwayne Allen that it became routine.  There was some success with Donnie Avery, but there were also the drops that led a 1-15 Rams team to drop him.  T.Y. Hilton emerged as the threat that compelled the Colts to take him in the third round – in hindsight a steal.  Vick Ballard turned out to be an excellent change of pace back.  Unfortunately, the Colts didn’t have a workhorse whose pace Ballard could change.

The line was a bit of a mess, allowing 40 sacks and ranking 22nd in rushing (but pull Luck’s 255 yards, and the rank drops to 28th).  As I wrote earlier, if not for Luck’s superior foot speed and pocket sense, he might have been sacked 65 times.

Interceptions were a bit of a problem, but could have been much worse.  The number of dropped picks and batted balls that dropped harmlessly to the turf were alarming.  Luck’s 18 intercepted passes could easily have been 30.  Luck does not mind flinging the ball into traffic and trying to make a play.  That’s great behavior for a rookie.  That’s how rookies learn.  I hope he retains the gunslinger mentality, but recognizes more quickly the situations where he’s better of dumping the ball.  Luck went to Stanford, so we can assume that he’ll be intellectually capable of processing information a little more quickly as the game experience mounts.

The area that needed obvious improvement on the offensive side was clearly the line.  GM Ryan Grigson went shopping last month, picking up RT Gosder Cherilus.  He’s going to help, but with tackles it’s always important to know why the Lions allowed Cherilus to come south to Indy.  Not sure he’s good enough to completely solidify the line.  They also grabbed guard Donald Thomas, who was a part-time starter for the Patriots.  He falls into the “Let’s throw some guys at a wall and see who sticks.  The Colts need more help on the line.  They also found an upgrade for Avery in the mercurial Darrius Heyward-Bey.

On the plus side, Heyward Bey can run, and he is entering his prime at age 26.  His top end speed rivals Avery’s, but his production fell off last year – the last of his first round contract – from 64 catches for 975 yards to 41 for 606.  That was for a screwy operation in Oakland, so there is some uncertainty in evaluating that decline.  As long as two bricks aren’t strapped to his hands, he’ll be an upgrade from Avery, who ranked 38th of the 41 receivers targeted more than 100 times with a reception percentage of 47.5 (62-for-132).  Heyward-Bey wasn’t much better at 51.3%, but better is better.

Defensively, there were two obvious problems – the run defense was porous as they were gashed for 2,200 yards.  They were a little behind the eight ball as they switched from a 4-3 to a 3-4.  Dwight Freeney was a little long in the tooth to make the switch to ROLB, and it showed.  The secondary was more solid than I anticipated. Cassius Vaughn was the lone exception.  Vaughn reminded me of Tim Jennings (the bad CB with the Colts, before he somehow became an All-Pro for the Bears).

Vaughn was picked on like a ripe scab, and the pass rush didn’t bring enough heat to cover for him.  There are no areas of real strength on this defensive unit.  There are guys who played with 50 shades of gray, but none were great.  Upgrades are needed almost everywhere.  Holes got plugged, but some of those hole may sprout leaks themselves.

If healthy LaRon Landry is a badass who will bring some Bob Sanders-style violence to the secondary.  DT Ricky Jean Francois was not a game changer with the 49ers.  He’s versatile, so he can be mediocre to good at several spots.  He occupies blockers, and that’s a plus for a team that wants DEs and OLBs to raise some hell in the backfield.  The other guys were inexpensive enough to allow the Colts to hope for upside, and settle for alright.

If the Colts can use the draft to grab talent like they did last year, the 11-5 record they sport in 2013 will be earned, not the result of great fortune.  That 11-5 appeared to be a divinely inspired outlier.  2013 will tell the tale.