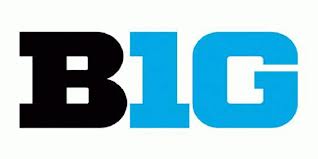 The Big Ten doesn’t make a lot of mistakes.  It serves it member schools very well, and has pioneered the use of its own network as a significant revenue stream.  But the Legends and Leaders monikers for the two divisions was mocked immediately and relentlessly from the moment they were announced in 2010.

The “Losers and Lemmings”, the “Legumes and Lollygaggers”, and “Lampshades and Lollypops” were among the favorites.  Really, any noun begin with the letter L could be, and were, employed to deride the Big Ten’s cosmetic gambit to extoll its virtues.

Predictably, the names were never used outside the walls of the Big Ten studios, and while never a distraction, fans were indifferent to them.

And according to a report from espn.com, they will be gone once Rutgers and Maryland join in 2014 – replaced by the bulletproof “East and West” divisions.  The West will feature the six Big Ten teams in the Central time zone – Nebraska, Iowa, Minnesota, Wisconsin, Northwestern, and Illinois, plus Purdue.  The rest will be in the East – Rutgers, Maryland, Penn State, Michigan, Michigan State, Indiana, and Ohio State.

Once again, logic prevails.  And once again, another mess could have been averted entirely with a phone call to me.  I would have told commissioner Jim Delany, “No, no, no.  Don’t get clever, and don’t listen to kooks from a Chicago ad agency.  Geography, baby, geography.  That’s what makes sense.  Do what you know, and keep it simple.  Glad to help.  How about a little something for the …Hello?  Hello?  Jim?  Hello!”

Now let’s get to work on that wacky logo.