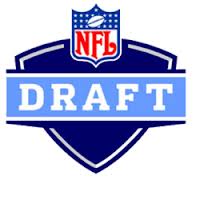 Not only does no one know what’s going to happen tomorrow night’s NFL Draft, but in most cases it doesn’t matter a damn.  Yet, we search mock drafts to try to figure out who the Rams will take with #16 and #22, and what the Colts will do with #24.  We watch Todd McShay and Mel Kiper on ESPN like their opinions represent reasonable approximations of what GMs of the 32 NFL franchises think.

It’s a ridiculous but fun way to pass time.

There is no way to predict the way the draft will play out.  Even if we eliminate the potential for trades, as soon as one team steps out and breaks with our belief, the whole thing is shot to hell.  It’s not even possible to project positions because GMs can get flaky as they evaluate talent vs. need, and they don’t share their thoughts with us.

But because every NFL fan is fascinated by the inner workings of their team, and will read an average of 96.2 online posts about draft evaluations, every respectable sports content provider in the world produces multiple mock drafts.  It’s not important that they are right, and thank God for that because they never are.  The only reasonable criteria in their mock draft is that the explanation they advance can be explained.

The result of the draft itself is not always important either.  Last year, the Philadelphia Eagles took defensive lineman Fletcher Cox at #12.  The Rams then grabbed DT Michael Brockers at #14.  At some point, people are going to be able to assess the value of each player to his team, but right now, nobody knows if the Eagles were right or wrong in tabbing Cox as the better option.  Cox vs. Brockers just didn’t matter.

Those who assemble mock drafts do more work looking at the mock drafts of others than evaluating the players with their own eyes.  How many mock draft authors took the time to fly to Mobile, Alabama, for the Senior Bowl?  Maybe a couple dozen – tops.  The NFL Combine is a big deal and is covered by hundreds in the media, but they aren’t allowed to do anything more than talk to the athletes.  They watch the workouts like the rest of America on the NFL Network.  As for results of the Wunderlich Test and interviews to measure behavioral aptitude, those are kept confidential.

The media does a great job covering the rest of the media, and the results so far are that Tavon Austin goes #13 to the Jets or whomever trades for that pick, so the Rams grab either Kenny Vaccaro or Alec Ogletree at #16.  Then they take DeAndre Hopkins, Eric Reid, or Cordarelle Patterson at #22.  The Colts are obviously going to tab Datone Jones, the DE from UCLA.

If you have a little money and enjoy a mostly friendly wager, I will give you Austin at #13, Vaccaro and Ogletree at #16, Hopkins, Reid, and Patterson at #22, and Jones at #24.  I’ll take the field.  If any of the players I listed are taken in those four spots, you win.  I might as well have a Brinks truck roll into my driveway and dump cash on my front stoop.

The NFL has figured out that its product, if staged correctly, can be a 12-month a year concern for even passive sports fans.  There are the real games that draw giant viewership, and then they have been smart enough to recognize the lust fans have for events that allow for predictive journalism that can be pulsed throughout the year to churn audience.

They have expanded the draft to three days beginning Thursday night, instead of doing it on a Saturday and Sunday.  That allows not only for more revenue from primetime coverage, but to own every sports section in the country and ESPN from Thursday through Monday morning.  Major League Baseball has actual games being played, but the minutes dedicated to NFL draft coverage on ESPN’s Sportscenter outpaces MLB highlights roughly eight-to-one.

The magic of the NCAA Basketball Tournament is that any tool can fill out a bracket and win a pool because no one knows what the hell is going to happen beginning that first Thursday at Noon.  You can do the exact same thing with the NFL Draft.  Because virtually everyone is wrong at every pick, we are all equally poor at projecting results.

And how could we not be?  Each of the 32 teams has scouts everywhere who gather real information, share it with the front office staff that works 16 hours a day for three months to try and figure out who they want throughout the entire seven round draft.  Even with all that work, when the Browns go on the clock at #6, the Cardinals (drafting #7) are going to call ESPN’s Adam Schefter to find out who the Browns plan to take.

For both the Rams and Colts, the heavy lifting was done on day two and three, and that’s likely to be the case again this year.  When Vick Ballard, T.Y. Hilton, Daryl Richardson, and Chris Givens were taken last year, no one in St. Louis or Indy knew who they were.  But we are smart enough to pay attention throughout the weekend, because now we know that the seventh round pick can be huge too.

Whether we are right or wrong in our projections is immaterial.  In most cases, the teams won’t have any idea whether they got this draft right for three years.  Hell, Rams fans are still divided as to whether drafting Sam Bradford was the right thing in 2010.

That’s what makes the NFL Draft fun and captures our imagination.  The science of the draft is so resolutely imperfect that getting it right is impossible for geniuses.  That makes us idiots their equal, and we like that.

I guarantee that I’m wrong, but no more wrong than anyone else.