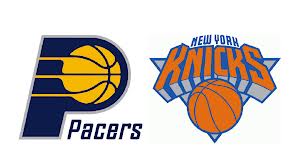 With 10:34 left in the second quarter, Hawks shooter Kyle Korver hit a jumper to bring the Hawks to within one at 23-22.  With 9:38 left in the third quarter, Devin Harris drove for a layup to cut the Pacers lead to 11.  In between, the Hawks missed 14 shots, the bough broke, the cradle fell, and their season ended.

Of the 14 misses, 12 were jumpers of 15 feet or beyond, and eight were from 20-feet or beyond.  The Pacers did a nice job of keeping the Hawks out of the paint, but the Hawks settled for jump shots that have not been a part of their success.

In any competition, there is a moment when a player or team either decides it will earn a win, or that it will allow a loss.  During than 13 minutes, the Hawks decided as a group again and again that losing was okay with them.

The Hawks lacked cohesion through the series, and when a teammate looks in the eyes of another and sees nothing but cold darkness, talent doesn’t matter anymore.

There is no doubt that Josh Smith has all-star talent, but the lack of consistent effort, and the weakness of his love for teammates were evident.

Basketball, for whatever reason, has a lot of guys who behave like some NFL wide receivers.  They crave personal success, but either feel alienated from teammates, alienate themselves from teammates, or both.

Smith is one of those guys, and the Hawks have more.  While Al Horford, Ivan Johnson, and Kyle Korver competed consistently and showed heart, others drifted in and out of effectiveness, and it cost the Hawks a chance to force a Game Seven.

Instead, the Pacers, who have come together as a unit, even the formerly aloof and combative Lance Stephenson, are in New York to begin another step in the NBA Playoffs against the Knicks in the house where a previous incarnation of the franchise found its collective soul and began a rivalry that made Reggie Miller a hall of famer.

So this Pacers team will roll into the spotlight tomorrow afternoon on basketball’s greatest stage.  Madison Square Garden has been the house where careers are made in the NBA, and Paul George has that opportunity.

The best part of George’s game is that he doesn’t need to get 18 shots to be effective, but he possesses otherworldly length and athleticism.  As was the case in the series against the Hawks, where his work on the defensive end was a huge part of the 4-2 series finish, George will be asked to cause more frustration against professional scorer Carmelo Anthony.

One wild card for the Pacers is the formerly mercurial Stephenson, for whom the trip to NYC is a homecoming.  He grew up in Coney Island, and became the leading scorer in the history of NYC preps.  Playing under control and remaining focused on the task at hand will play a big part in determining the level at which Stephenson contributes.  He plays a little bit on the ragged edge under the best of circumstances.  In a homecoming at the Garden, Stephenson needs to remember his job, not indulge his dreams.

The Knicks have two things in common with the Hawks – a scorer who can come and go, a three-point shooter who can fill it quickly.  Where the Knicks are better is in the backcourt with the combination of Raymond Felton and Jason Kidd, and in a coach who knows what the hell he’s doing in Mike Woodson.

None of that means a damn thing now.  The Knicks can run hot and cold, and the Pacers may have found their inner grit during the series against the Hawks.