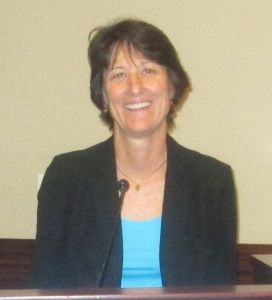 People who tell an uncomfortable truth are the best society offers, and that’s why you should know who Mary Willingham is.

Honesty is powerful – especially today as so few people bother to tell the truth.  Yesterday, the assistant director of the center for student success and academic counseling at the University of North Carolina told some truth.

UNC-Chapel Hill has immersed itself in a boiling cauldron of corruption involving grade fixing and other varieties of academic fraud, and the NCAA has acted as it always does – too slowly and softly to make a correction necessary, or even wise.

Sure the football coach, athletic director and chancellor are gone, but they are easily replaced as long as practical rewards continue to flow to the campus because of the role athletics plays in branding a university.

Protecting our (UNC’s) image has become the most important factor, sadly, this appears to have done more harm than good. As an institution of higher education where learning should be taking place each and every day, what is the lesson in all of this? Yesterday was the lowest day on campus – ever. As yet another new bright eyed group of first year students meet up in the pit, we, the adults continue to cover up the truth about our mistakes. One dark cloud hangs in the otherwise blue sky, and we could make it go away – if we were honest. Educational inequality is fed by a machine on our campus and campuses everywhere – the college sport system – until we own it and make the proper adjustments, the cheating will continue. Waiting for the NCAA is a joke, the sky over Indianapolis is full of dark clouds, thunder and lightening. They have failed miserably as a regulatory body. Bogus systems of eligibility along with secrets, silence and our own vulnerabilities win, our students lose. Protecting the brand at all costs – worth it? Lesson learned? Not yet.

That’s pretty good, and posting it takes guts.  Calling out an employer – and many potential employers – on a website takes stones.

UNC has wobbled like many schools because of the desire to please donors and increase branding among candidates for college admission.  They were penalized, and a new regime was installed, but it sounds like Willingham is unimpressed, and who would know better?

The NCAA is a total mess that is ill-equipped to handle its job of maintaining some measure of justice in collegiate athletics.  The very schools who belong to the NCAA continue to make its oversight role impossible to execute.

This isn’t the first time Willingham has told the truth publicly.  She spilled a significant amount of beans to the News & Observer (the newspaper the services the Research Triangle area in North Carolina).  She detailed the depths of academic fraud in that piece and claims to have voiced her concerns internally to UNC officials two years before the cheating scandal broke in the media.

Willingham detailed no-show classes that were popular among men’s basketball players, but ended when a new academic counselor took control in 2009.

She also told the paper about student-athletes who told her they had never read a book or written a paragraph.  As a result, they were placed in no-show classes that required only the completion of a 20-page paper, and received “grades of B or better.”

What happened at UNC is the rule rather than the exception if that makes Willingham feel any better, but I like her craving for justice where virtually none exists and is impossible to achieve.