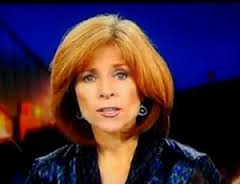 If Paulie Balst held a parade this week, embattled KTVU anchor would be the grand marshall for bring so much laughter to so many.

When the great Paulie Balst has an idea, you listen for two reasons – there will be a nugget of truth in it that you never would have considered otherwise, and its implementation would make more people laugh than cringe.

The video of the KTVU newscast that shared the false names of the pilots – “Sum Ting Wong,” “Wi Tu Lo,” “Ho Lee Fuk,” and “Bang Ding Ow,” started Balst thinking about the collective laughter that prank prompted.  As a result, he’s starting a movement that will prompt people being interviewed by TV news reporters to give fake, but funny names.

He offers these as examples of names that don’t look odd, but are phonetically actionable by the FCC:

This will cause mayhem within local newsrooms filled with people who just want to file their package and go home, but such is the price of laughter.  Young journalists will be humiliated, fired, and leave the business, but it’s a grind anyway and giving people a push into the real world might be doing them a favor.  Slips are inevitable because producing 10 hours of live news per day is mind numbingly difficult.  Fact checking the names of regular folks interviewed for fluffy man on the street filler would be the lowest priority possible.

The Balst Initiative is reminiscent of the great Chicago columnist Mike Royko asking people who are asked to participate in exit polling after voting to answer questions deceitfully.  It’s a system that deserved to be corrupted, according to Royko, and that is also true for the idiocy of man on the street piece.  Reporters hate doing them, and no one enjoys watching.

Balst’s motives are more pure than that.  He simply wants to expose people watching the news to be amused as often as possible.

“If everyone gave a Heywood Jablomey or Pat McGroyne type name, the world would be a much better place,” Balst explained in an interview you are unlikely to read elsewhere.  “This is my kind of media revolution.

“Fifty-percent of the names would make it through, and the world would be a better place!”

Everyone can use a laugh, and even if we know that the Korean airliner crashing was a tragedy and that the names were racially insensitive, watching anchor Tori Campbell ramble mindlessly through “Sum Ting Wong,” “Wi Tu Lo,” “Ho Lee Fuk,” and “Bang Ding Ow,” was probably the most entertaining moment in his career.

For her part, Campbell apologized via Twitter over a day later, but that only opened the door for more ridicule and re-use of the names that got her into hot water in the first place.

Apologies to all upset by a story on Noon News. A serious mistake was made @KTVU. My thoughts are w/ victims of Flt 214 & families.

In Balst’s world all laughter is good, and it’s hard to argue with that.