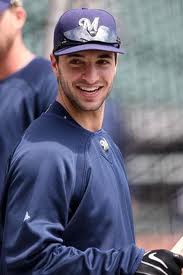 There is a tendency within people to forgive, and it has not place in ensuring equity and fairness in sports.

Judge Kennesaw Mountain Landis was the first commissioner of baseball.  The owners asked him to clean up baseball’s gambling problem.  In particular, they wanted answers about the allegations that the 1919 World Series was thrown by the Chicago White Sox.

After a significant investigation, the verdict in Landis’s mind was guilty for the eight players who were accused.  The players were forever banned from the game, and the White Sox went from the best team in baseball to the worst.  Since that ruling by Landis, the White Sox have played in two World Series – three fewer than the world’s standard bearer for misery, the Chicago Cubs.

The eight players never played professional baseball after the 1920 season, and none has been allowed his place in the Baseball Hall of Fame.  Only outfielder Shoeless Joe Jackson, and pitchers Lefty Williams and Eddie Cicotte had any chance to be enshrined, but the finality of the end of their careers has served as a severe disincentive for gambling on baseball.

There are signs hung in prominent places in every professional baseball clubhouse that serve as consistent reminders that gambling is forbidden, and the penalties are the harshest available – a lifetime ban.

Only Pete Rose has turned a blind eye to those signs, as far as we know.  He is still hoping the Hall of Fame will welcome him one day, but that’s as unlikely as Shoeless Joe’s case being heard and overturned.

In college athletics, the biggest hammer used by the NCAA to teach lessons to coaches who ignore the rules is a show cause order.  Those aren’t used very often, and more often than not those who receive this virtual ban from coaching for a specific period (Kelvin Sampson’s was five years when Indiana self-reported impermissible phone calls), bounce to the pros where pay checks continue.

In baseball, players are being given suspensions for using performance enhancing drugs.  Ryan Braun’s rip will take him through the end of the 2013 season, and cost him roughly $3 million of his $8.5 million salary.

The problem is that Braun’s extension that was signed in April, 2011, was entered into by the Milwaukee Brewers with the expectation that Braun was clean and would be able to continue to produce at the same level – or close to it – throughout the duration of the deal set to expire after the 2020 season (there’s a mutual option for $20M).

Without the chemical help supplied by the supplements that caused the suspension, Braun could turn into David DeJesus, and that isn’t worth the $113 million Braun is scheduled to be paid through the next seven season – not counting the $20M in the option year.

In my world, that’s fraud, and could cause the invalidation of that deal, but that’s a whole different story.

In exceptionally simple terms, Braun spent $3 million to make what will either be $113 or $133 million.  Anyone else who out there who might take that deal?

The problem with both Major League Baseball and the NCAA is that neither (this is true with the NFL, NBA, and NHL too) cares whether their sport is clean or dirty.  They care about appearances of being clean because fans hate cheaters who beat their favorite teams.

As long as the fans see the environment as pure, the leagues don’t sweat the details because why should they.  It’s immaterial to any metric by which success is measured, and that leads to the cheating that continues everywhere.  Every once in a while, the leagues need to flex their muscles to calm the jitters of fans, who aren’t so much purists, but want to believe their teams aren’t being dicked over.

There is only one way to change the behavior of men who are very serious about both their sport and their bank account, and that is to mete out meaningful consequences to those who transgress – and that isn’t a $3 million ding against $133 million in potential income.

It’s time to walk the cheats to the door, close it behind them, and promise never to allow them back.  Kelvin Sampson, Ryan Braun, Alex Rodriguez (if guilty), Bruce Pearl, Bartolo Colon (if guilty), and Nelson Cruz (if guilty).  Gone.  Banned.  Sayonara forever.

You cheat and get caught you lose everything.  Period.  The disincentive needs to outweigh the incentive in order for people to choose not to engage in the behavior that is unwanted.  That’s the way the world works, and as long as baseball and the NCAA don’t understand that, nothing will change.

Going soft is the reason we are forced to revisit the same damn stories of cheating over and over again.