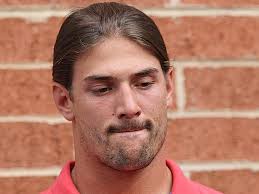 Eagles WR is sorry for using the n-word, and I hope someone makes that point very clearly and painfully to him.

We do what we see, and we say what we hear.  That’s true when we’re two, and it’s true when we’re 25 – just like Philadelphia Eagles wide receiver Riley Cooper did at a Kenny Chesney concert when he was denied access to the backstage area and told  a security guard, “I will jump that fence and fight every n****r here.”

The N-word doesn’t deserve to be.  What it defines represents the most base and vile line of thinking toward a group of people who did nothing to deserve it.

It’s existence is an insult to humanity, and no one who uses it should be excused because with every utterance, its being is prolonged just that much further.

And Cooper shouldn’t be excused for using it, regardless of his contrition or attendance in the sensitivity training the Eagles have mandated.  I doubt it will be.

Regardless of my color, bringing a very painful consequence on the football field to a man who used that word would be very appealing to me because the hateful must be penalized.

For those who have not embraced the thought that treating each other with respect is what we owe each other because it’s the right thing, a physical lesson in morality is perfectly acceptable.  Cooper goes over the middle, and a Michael Vick pass requires him to stretch, I would put my head into his liver.

There endeth the lesson.

That word is horrible, and I understand why the people it has harmed over the centuries want to make it their own.  If it’s theirs, it cannot hurt them anymore.  I get that, but energy spent making its use acceptable should be applied to eradicating it from the language like “alabandical.”  It passed from our lexicon in 1775, but I may try to revitalize it, because it sounds just like what it describes.

Back to the N-word.  I used it once when I was six years-old.  I was on a school bus on my way home from school for lunch, and some fifth graders were chanting “Tommy is a n****r!”  I had no idea what that meant, but the other guys seemed to be having fun chanting it again and again, so I joined the chorus.  Tommy was not an African-American.  In fact, in the town where I grew up, there were exactly zero blacks.  The only contact I had with blacks was with Alphonse, the elderly gentleman who worked at the grocery store, and always asked if I wanted to attend a meeting at the First National Bank, and athletes like Ernie Banks and Gale Sayers.

I never had any thought that blacks were different other than in the their color.

Our bus driver was a man named Reggie, and he was a black man.  The bus screeched to a halt, and Reggie told the kids who were chanting to get off his bus, and that we were not allowed back on it – ever.

I walked home, and told my Mom I was sick.  I crawled into bed, hoping she wouldn’t ask any questions.  Of course, she asked, and after a couple of ill-conceived attempts to lie, I told Mom the truth.  She explained what the word meant, and why Reggie was angry.

When the bus came around a half-hour later to pick us up, Mom walked with me to the bus and told Reggie I had something to tell him.  I apologized for using the word, and promised never to use it again.  I haven’t used it since.

If my bus driver had been a white lady named Barb, I might never have learned that lesson.  I didn’t learn much in the first grade, but I learned about the way that word made Reggie feel, and that was enough to convince me of it’s heinous power.

Racism is not just hurtful – it’s idiotic.  Treating people with a lack of respect reflects an ignorance about the way we should use of lives, and that word is the worst of all of them.

Lenny Bruce would say the n-word over and over and over again to show that it is just a noise, and if we don’t apply context to it, it’s meaningless.  There is some truth in that.  If we refuse to be angered by it, the power it wields vanishes.  True enough, but if it doesn’t exist at all, people don’t need to build the callouses necessary to deflect the rage that exists in all of us when confronted with hate.

No one should have the right to utter that word under any circumstance until we all just forget it ever meant anything, but until Cooper learns that what he did was hateful, I hope someone makes him reflect on his stupidity in a very personal and painful way.