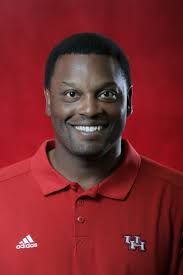 “I am not a parent to these young men, and cannot monitor their behavior at every moment of every day.  I am a football coach, and we educate our student-athletes about compliance with NCAA rules, but if Johnny Manziel signed autographs for money I don’t know anything about that.  My focus is on preparing the Aggies to beat Bama.”

That is what Texas A&M coach Kevin Sumlin should have said to the media today.  Then he should coach Manziel without asking the questions that could elicit answers that will determine guilt or innocence.  Let the compliance office at A&M sort through the particulars and deal with the NCAA as required.

Sumlin has too much at stake to allow the allegations against a goofy kid who may or may not have taken a duffle bag full of cash in exchange for signing his name to a bunch of swag.  His $3.1 million base salary is way too much money to risk because you feel compelled to get to the bottom of anything.

The requirement here is for Sumlin to trust people to do their jobs, while he concentrates on getting the Aggies ready to host the two time national champion Alabama Crimson Tide on September 14 after thumping Rice and Sam Houston State.  There is a compliance department at big time university athletic departments for the same reason corporations have a team of human resources specialists – because a coach isn’t an attorney, and the stakes are too high to allow managers to manage.

The NCAA rulebook is complicated , and enforcing those rules for the 105 student-athletes on the football roster is more than a full time job.  It’s best left to the professionals.

Respect the electronic information trail, but if there is no reason to pursue full discloure from Manziel, don’t.

Ohio State’s Jim Tressel fell on his sword because he failed to act on an email detailing the infractions committed by football players who swapped their autographs for tattoos.  Without the email, Tressel would have been able to maintain the distance needed to survive the chaos.

Sumlin needs to stay as far away from the truth, whatever it is, because there is nothing for him to gain through that knowledge.

Good criminal lawyers have no interest in whether a client is guilty or innocent, and the same should hold true for a football coach.

When asked whether he would play Manziel if this investigation is not resolved at the point when the season begins, Sumlin answered, “There’s a lot of people involved in that decision.”