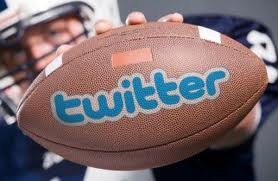 Ahh, Twitter.  What would we write about in August without Indianapolis Colts Owner Jim Irsay explaining the inner workings of his team – from the dressing down his “commanders” received following the 24-point loss to the Buffalo Bills, and today’s effort to justify the pricing strategy for tickets, parking, and concessions.

To be fair, in the tweets below (presented in the order they were posted from top to bottom), Irsay made no mention of parking or concessions, but I think the same principle applies.

I had no problem with the ticket pricing structure until I read these tweets.  The logic that season ticket prices are a lump sum item without regard to the individual value of the games is unassailable, but the admission from an NFL owner that some games are worth more than others was a first.

When the guy to whom you hand a check feels compelled to explain why you shouldn’t feel like you are being cheated, you need to check your pockets.

There is nothing like an admission that preseason games – and some regular season games – are worth less than the price printed on the ticket to enrage and enflame a minority who have nothing better to whine about than being disappointed by exactly the same kind of ten snaps an shut it down performance Colts fans have paid to watch for 30 preseasons.

I’ll try to explain the pricing structure for all NFL fans why preseason tickets coast the same as regular season tickets:

Because you will pay it.

People so often make the mistake of equating the cost of an item with the value of that item.  $300 sunglasses cost $32 to make.  The reason they cost $300?  Because you will pay it.

If no one bought expensive sunglasses, they would suddenly become moderately priced sunglasses.  Tickets work the same way.  The value of NFL season tickets is entirely due to the what the market will bear.

Irsay doesn’t sit atop a throne on West 56th Street and ordain the prices.  He and his management team, or commanders if you want to stick with Irsay’s vernacular, sit and discuss where the demand for tickets is strongest and weakest, and make adjustments to the previous year’s pricing model, and you write your check.

So, who is to blame for the prices being what they are?  Every person who goes into his or her pocket to buy tickets.

If you don’t see any value in attending those games, don’t go.  And don’t give the tickets to friends.  Eat the tickets.  The resulting lack of concessions and parking cash will cause an examination of the empty seats, and an adjustment will be made.

Going to the games and whining because the result was exactly as you would expect is just as nutty as Irsay’s explanation of the preseason ticket pricing.

If you pay $100 per ticket per game, you pay $1,000 for your season ticket.  If it would make you feel better to pay $120 per regular season game, and $20 for each preseason game, go ahead and look at it that way.  The check you send the Colts will be $1,000 regardless, but if it stops the incessant carping and the even more baffling explanations, I would prefer that.

Or, if Irsay would enjoy pursuing a dynamic pricing strategy based purely on supply and demand for each and every game, the heads of Colts fans will explode in unison the first time they try to figure it out.

Or, just view your season ticket bill as a Colts Tax assessment.

Whatever the hell justification you use to justify the expense of paying a lot of cash to watch the Colts, go right ahead.  Just shut up.

This annual debate is turning into the latest version of the daylight saving time debate. The only difference is that Mitch Daniels never took to Twitter to explain the rationale for joining the rest of the country (minus Arizona and Hawaii) in the semi-annual ritual.  He just handled it.