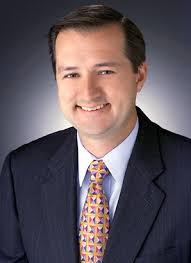 Cubs fans, If this charlatan offers to shake your hand, go ahead, but hold on tightly to your wallet.

Including the game tonight against the Milwaukee Brewers, the Chicago Cubs have 13 games remaining in this very unpleasant season.  If they lose 10-of-13, the Cubs will have amassed more losses than in any three-year period in their woeful history.

Digging deeper into the bedrock of Cubs misery than any owner, GM, or manager ever has is not easy for the team that has heaped more of it upon its fans than any other sports franchise in world history.  It required selling off any asset for whom another team offered anything resembling a reasonable price.

As bad as the Cubs have been historically, only once in their 137 seasons have they met or exceeded 90 losses for three straight seasons (1960-1962).  If the Cubs can manage four more losses in the last 13 games that wrap this death march is a drab black bow, they will join those three terrible teams led by Charlie Grimm, Lou Bourdreau, Elvin Tappe, Charlie Metro, Lou Klein, Harry Craft, and Vedie Himsl.

Why did the Cubs have so many managers in a three season period?  If you have never heard of the College of Coaches, I will spare you the explanation of the logic behind one of the most infamous failed experiments in the history of sports leadership.

Whether the team is headed toward a winning record as soon as 2015 is debatable, but even if Cubs president Theo Epstein and general manager Jed Hoyer are building depth within a farm system left bare by efforts made by former GM Jim Hendry to save his job by acquiring mediocre veterans for young talent, this potentially unprecedented level of poor results is unacceptable.

The media and fans in Chicago seem content to buy the five-to-seven year plan blather being proffered by Cubs ownership and management as though losing now is required to eventually win.  I can’t find any evidence from the free agency era to suggest that losing begats winning.  There is no moving toward creating an NFL-espue parity among the 30 franchises.  Losers lose, and winners win in baseball.

The refrain is consistent, “We’re headed in the right direction.”  How in the hell does anyone have any idea whether that’s true.  The people making that claim have likely never seen Javier Baez or Jorge Soler play in person.  I haven’t either, but I’m a little more reluctant to vote them into the 2016 All Star Game before they put on a major league uniform.

There is no doubt the bottom line in headed in the right direction.  Minus the dubious decision to overpay pitcher Edwin Jackson through 2016, Ricketts has liquidated every asinine and bloated contract Hendry entered into, and has spent with caution that would make Dave Ramsey envious.

Until last year’s idiotic decision to hire Bobby Valentine as manager, the Boston Red Sox – which Epstein famously rebuilt into World Champion before jumping to the Cubs – had not lost 90 games a single time since 1966.  The Yankees have posted winning seasons back to 1992.  Conversely, the Kansas City Royals have lost 90 or more in 12 of the last 17 seasons.

A return to the corrupt Hendry model of overpaying for mediocrity over many years is not what anyone in his right mind would campaign for, but the relentlessness of selling parts for the castoffs of successful organizations is an insult to the people buying tickets to see a major league product.  The starters tonight are Castro ($5M), Valbuena ($930K), Rizzo ($498K), Schierholtz ($930K), Sweeney ($1.75M), Lake ($498K), Castillo ($503K), and Barney ($562K).  Ticket prices in 2013 dropped 2%.

The time has come for fans to tell these profit mongers to eat it and renounce the rights to renew their season tickets.  Owner Tom Ricketts showed himself to be a liar when he threatened to move from Wrigley Field if the city didn’t approve the upgrades he demanded.  There was no chance at all that the Cubs would or could leave the Friendly Confines.  When he told the media that the approval would result in a championship, the group of saps should have arisen as one and carried this twit on to next #22 bus, pants him, and mussed his hair.

The Cubs are years away from being competitive, but the propaganda will continue to be spread by the gutless media so afraid of telling the truth that they are de facto members of the team’s media relations staff (minus Sun-Times Cubs beat reporter Gordon Whittenmyer, who appears to have a reasonable handle on the truth).

The truth is that the Cubs suck, and that there is no evidence at all that those currently employed to teach players how to behave on a major league diamond can cause the result they are paid to achieve.  How many Cubs, minus the weird outliers like Donnie Murphy, have become better baseball players at Wrigley Field.  Castro has seen a slight increase in fielding percentage from .950 to .961 to .964, and now .970 in 2013.  Simultaneously, Castro’s offense has wandered south.  Power is down, strikeouts are up, and OPS is an rancid .620.  His WAR is currently a -0.8, which means the Cubs should expect a shortstop off the street to out perform Castro.

When I was a child, I dreamed of picking up my season tickets to watch the Cubs at Wrigley Field.  Now, I dream of being a season ticket holder so that I could tell the salesperson given the sad and unenviable task of securing my renewal that it’s the turn of some other moron to stuff Ricketts’ pockets with cash for the right to watch the Cubs lose 90+ games, “The play is to win in 2016?  Give me a call then.”

That would be the first smile the Cubs provided me in five years.