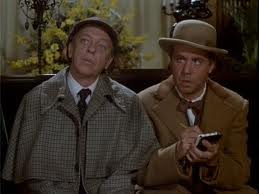 The NCAA enforcement staff are good people, but their reputation conjures a different image.

The NCAA has reversed field on two decisions to ban eligibility of athletes because of media pressure, so it might make some sense to have a media member evaluate decisions on the front end of the process so they don’t appear incompetent once the rulings are questioned and reversed.

The latest couple of idiotic decisions were to ban Steven Rhodes, a Middle Tennessee State defensive end who served five years in the Marines.  He played some recreational football while serving his country, and the NCAA ruled him ineligible as a result.  After the media raised hell, his eligibility was reinstated.

Then there was the case of Nathan Harries, a kid who played in three church league basketball games, and as a result forfeited one year of eligibility at Colgate.  The NCAA denied an appeal to reinstate Harries in October, but reversed course a week ago when the rash overreaction was reported in the media.

And the NCAA likely isn’t done.  Brigham Young University cross country runner Jared Ward was stripped of one year of eligibility because he ran in a fun run where some of the entrants wore costumes.  Ward self-reported because the fun run was timed, and the NCAA brute squad brought it’s lead hammer down with fury.

This is Ward’s senior season, and the NCAA through its jack-booted thuggery has stripped Ward of his final chance to lead his team to an NCAA championship.  The media is yelling, and the championship is two weeks away, so there is still time for the media to force the NCAA into the right decision – again.

The NCAA can’t help but screw eligibility issues up, and while each of these three comically ill-conceived rulings paint the enforcement staff as the gang who can’t shoot straight, there is a cost more insidious than the angst of Rhodes and Harries, and the lost opportunity of Ward.  With each of these no-gray-area-allowed rulings, the NCAA loses the respect of those it governs as well as the fans who need to rely upon the basic decency of the oversight organization.

And so, with great humility, I am volunteering my services as a one man bellwether who can judge the idiocy of each ruling before the media grabs ahold of the story and reveals those who work diligently at the NCAA as idiots.

I will drive to the downtown Indianapolis headquarters each week to take a quick look at eligibility cases to see if any advantage could have possibly been gained by the indiscretion, and whether the organization will be forced to endure any embarrassment because the media sees innocence where they cannot.

After a lifetime spent in the media, and the owner of a deep reservoir of cynicism, there is no one more qualified to sit in judgement of the actions of twits who refuse to understand what justice looks like until the media ignites a firestorm that reminds them.

There are rules being broken on a routine basis in college basketball that would ruin the game if there was complete transparency in the actions of agents and boosters – college football too.  Former players regularly tell stories of receiving money and impermissible benefits, and those stories are coming so quickly they don’t qualify as news anymore.

Sports Illustrated published a five-part series of reports about Oklahoma State football that exposed such routine and obvious violations that I only read the first three.  University hostesses slept with recruits?  My God!  Tutors completed academic work for the less academically adroit student-athletes?  Oh, the humanity!  That happens at many programs.  You think that most kids who are going to the NBA in a year are ardent academics?  You believe that the GPA of a 6’5″, 335 lbs. road grater offensive lineman is going to be allowed to fall below what’s needed to stay of the field?  No chance.

If the NCAA isn’t going to worry about the major violations that occur on a daily basis, the least they can do is ignore the violations that shouldn’t be ruled violations in the first place.  Hypocritical rulings are to be expected, but humiliatingly inappropriate rulings make Mark Emmert’s crew look like fools.

The NCAA need some help, and I’m right here to give it.  No charge.

I’m a huge fan of 95% of what the NCAA does, and it’s a shame they are being judged as buffoons based upon a few easily avoided errors in judgement.  For a couple of hours a week, I can look over files and assess the level of criticism the media will lay at their feet.  Problem solved, and you’re welcome.

The NCAA is in no position to sully its reputation further.  Even righteous findings are questioned by the reasonable – only because the NCAA is the author.