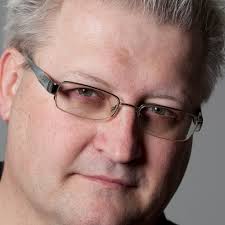 This website will proudly link to whatever work Phillip B. Wilson does for scout.com

The evolution of media in Indianapolis continued this week as longtime sportswriter Phillip B. Wilson resigned from his position at the Indy Star and accepted a position to provide unique insight and information about the Indianapolis Colts and Indiana Pacers under the Scout.com umbrella.

Content is king these days and with the evolution of technology, it has become possible for a hustler like Wilson to regularly provide what his readers have long enjoyed in the Star – minus the quickly shrinking demand for it being printed on paper.

For the last year, Wilson had been primarily relegated to providing video for the indystar.com website, and it was only a matter of time before either he or the Star decided that wasn’t enough.  A guy like Wilson enjoys sharing his perspective, and with the ever shrinking resources in traditional print and corporate hurdles in place between presenters and consumers in virtually all media, it was time for Wilson to move on.

Life in the middle of the business model of traditional media has grown less and less survivable as efficiency has become a necessary evil in generating corporate profits.  Revenue over humanity is one of the by products of allowing companies to own hundreds of outlets, and that is the price of doing business in today’s media.

Sleepless nights wondering whether tomorrow is the day a group of people on a conference room will decide to strategize you out of a job that allows you to put food on the table for your family is a solvent that corrodes the soul, so I’m happy for Wilson in that he will now feel empowered to do his absolute best work – as much of it as he can create – without worry.

I’m not being critical of the people in those conference rooms who make the decisions that make or break hard-working employees.  I’ve been in them, and life is no easier for those people.  The most that can be asked is that appropriate deliberation and empathy is exercised during that process, and every time it was done at a company where I worked, it was.

Good people fire employees, and so do jerks, but that doesn’t make it any easier for the employees to figure out whether they will be able to make their mortgage payments.  By the way, there are other conference rooms where the fate of the local managers’ futures are decided, so they know that feeling too.

Media is moving quickly toward a time that Emmis CEO Jeff Smulyan predicted 20 years ago when he said that all of us will have a website that only we will look at.  The only difference is that the quality of the content will drive use, rather than the portal used to distribute it.

Wilson has proven through his work at the Star than he can create unique content that people will seek out and consume.  He will either succeed or fail because of his own work, and that is the best we can ask of life as adults like Wilson with talent and a dream.

Anyone who has the stones to strike out on his own and go all in on himself is worth our respect, but I’m especially pleased when a likable guy like Wilson who has done it well for a long time decides it is time to sail his own smaller ship as the captain.

6 thoughts on “Phillip B. Wilson slides out at Indy Star and into Scout.com”