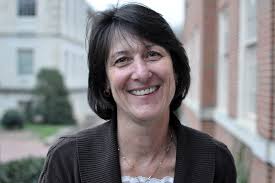 Mary Willingham is under attack because of her brave decision to tell the truth.

In the midst of an academic scandal, fans of the University of North Carolina at Chapel Hill are borrowing liberally from the disgraceful and unprincipled playbook of the Richard Nixon presidency.

Last night, I was watching the excellent “Nixon by Nixon – In His Own Words” documentary on HBO as my iPhone alerted me that I had a new email.  The subject line read, “Credibility of UNC whistleblower takes a major hit.”  At that same moment in the documentary, Nixon said, “You must keep up the attack on the media.  You’ve got to keep destroying their credibility.

“There’s not a good one on the whole goddamn three networks.  Not one.”  Nixon was talking to White House counsel Charles Colson in a conversation recorded by the same system that provided the evidence that doomed the Nixon presidency.

The strategy then was to attack the attackers because defending the ruinous amorality that continues to define Nixon was impossible.  The vast majority of what was reported by the media during those dark times was either accurate or didn’t go far enough in capturing the duplicity of Nixon’s Vietnam policy or his loathing for those unlike himself.

Nixon isn’t the only practitioner of the ‘shoot the messenger’ ploy, but he’s probably the best known because of these tapes.  FBI investigations of CBS correspondent Dan Schorr, and audits of income tax returns for those who dared tell the truth about Nixon were the cost of doing business.

That’s what makes those who tell the truth so special.

Because they have nothing to gain but misery, people like former UNC athletic tutor Mary Willingham should be treasured.  Her motivation is to change the game for the supposed student-athletes with whom she worked who got short shrift in the education department because of the greed of a university who coveted the success their athletic talents brought – as well as the cash that donors hand to the school when championship banners are hung.

But Willingham’s kid-first agenda throws a monkey wrench into the blatant corruption of college sports and the sad exploitation of athletes at the University of North Carolina.  Not anxious to see the same hammer come down on the Tar Heels that crippled Ohio State and Penn State (for very different reasons), fans have scoured Willingham’s academic work to find something that might discredit her as a source of honest accounting for the academic malfeasance authored by school officials.

There is a thesis written by Willingham that supposedly contains passages that may have been lifted from other works without credit.  That is plagiarism, and Tar Heels fans are now using it to discredit her reports of academic fraud against the university.

This was as inevitable a step in the process of getting the truth to media consumers as it was during the Nixon presidency.  Perfection doesn’t exist in human beings, so the work to find a flaw in Willingham’s life was a certainty.  That it took this long, if the report is true, is a credit to Willingham’s essence of decency.

Willingham’s thesis has nothing to do with the facts as corroborated by former UNC basketball player Rashad McCants, who claims that he earned a spot on UNC’s dean’s list despite never attending a class or completing any work during an entire semester.

The very least an athlete at a university should receive in compensation for their on-field/on-court work is an educational experience that will prepare them for life as an adult.  What was going on at UNC is a shameful academic contortion that destroys any validity to the canard of amateurism.

Willingham’s decision to back the athletes who have received grades for academic work never required will continue to be attacked by those unenlightened tools of the university that values victory over humanity, and her life will continue to be damaged as a result.  The winners will be the kids in the future who are provided an education as a result of her honesty.

The losers are the “fans” who continue to reveal their lack of character as they scratch and claw to discredit the only reasonable voices in this scandal.

All Willingham will gain is the satisfaction known only by those who do a very difficult right thing.